Posted by Goodreads on July 5, 2011
23 likes · 16 comments
It's been 15 years since the publication of Sapphire's debut novel, Push, and two years since its Oscar-winning film adaptation, Precious, premiered at the Sundance Film Festival, but Precious Jones continues to move and inspire readers. The obese, illiterate teen girl, pregnant with her father's child, is memorable for her resolute pursuit of a better life. Now the boundary-pushing author Sapphire has penned a quasi-sequel, The Kid. The story begins on the morning of Precious's funeral and follows the determined heroine's nine-year-old son, Abdul. Sapphire relates his arduous coming-of-age in this stand-alone novel that is no less emotional than its predecessor. She shares with Goodreads how and why she gave her new protagonist a voice. 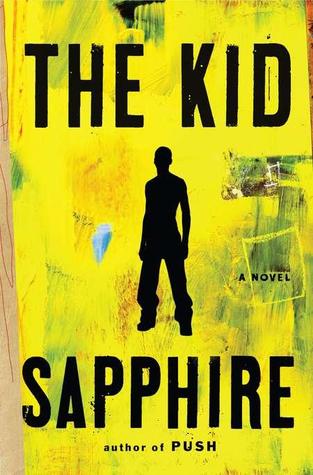 Goodreads: Why did you return to the story of Precious Jones and her family now? When did you begin work on The Kid?

Sapphire: The Kid is not a sequel in a traditional sense, in that we don't enter into and follow up on the life of Precious Jones. It is a sequel in the sense that it continues to look at the profound and devastating effects of AIDS on the African American community. I would posit that AIDS/HIV has hit us as hard as slavery in some ways and that the way AIDS has been dealt with in the black community has been directly related to our disenfranchised position in American society. African American women who were diagnosed with AIDS at the time Push was being written were many times more likely to be dead within months of their diagnosis than gay white men who were diagnosed at the same time. I believe that was the result of racism—as people like the gay white male activist Andrew Sullivan said things to the effect of, if there is to be a triage for the dispensing of antiviral drugs they should go first to gay white men who have and do contribute so much to society as opposed to poor blacks who don't even know what has hit them. One reason I wrote Push was to show how "precious" those poor blacks might be if given an opportunity to live. The Kid resonates on many levels and has many reasons for being, and indeed one of them is to show the continuing impact of the loss of our "precious" ones.

GR: Jamal Abdul Jones is a challenging character--he is full of rage and often detached from reality. He is less accessible than his mother as a protagonist. Did you feel you were taking a risk in writing this character?

S: Abdul is a sane person to whom insane, inexplicable (to his child's mind), and inhumane things have happened. These experiences fill him with rage. He is not innately filled with rage. His "rage" is protective. It's part of the reason he doesn't lie down and die! These experiences fragment his psyche, and at times we see the extremes of mental processes like denial and dissociation. He says it in the novel, "I feel shattered." Dreaming, denial, and dissociation from reality are coping mechanisms he employs to stay sane, to counter the further defragmentation of his psyche, and to ward off guilt and self-disgust.

It was a risk to write about a boy like Abdul. I'm hoping my readers will be risk takers, too. The Kid is not an easy read but it offers a look at a life that is for the most part largely invisible to most of us.

GR: By the young age of 13, Abdul appears large enough and mature enough to be a full-grown man. What inspired you to make this choice?

S: Some of this choice was that he was Precious's son, who says of herself, "No one get I'm just twelve!" People thought she was a woman when she was still a child because of her height and weight. So, it would be in the genes, so to speak, for Abdul to be tall and mature physically early. Also a large part of the story would not be possible if he looked like a "kid." He basically is able to pass for an adult, thereby eluding juvenile authorities and the police who could incarcerate him just for being a child without a home.

America's white mainstream Protestant culture, when it is not ridiculing and demonizing the black body, simply erases it, as with the very current study in The New York Times showing that Medicaid kids, even when they had seizure disorders and were newly diagnosed with type one diabetes, were not likely to find a doctor to accept them as new patients, whereas when a white middle-class child with private insurance called the same doctor (after the Medicaid kids had called and been turned down) they were accepted. The black and brown, and I might add poor, body might as well not exist. As an author, my characters' bodies become bigger than life so they can be seen. A white man I work with said he had a hard time looking at Gabourey Sidibe in the film Precious. And this is in a movie in which she is the star! Imagine what he doesn't see in the street, cleaning his house, checking out his groceries, or anywhere for that matter.

GR: The Kid is told with a stream-of-consciousness style with plenty of vernacular. How did you find Abdul's voice? Did you experiment with different kinds of narration?

S: Whenever I get "stuck" with first-person narration I often will write the story out in third person and see what I get. I'll then take that back in and write the story over again in first person.

In this book we stay with Abdul much longer than we stayed with Precious. We see Precious change because she becomes literate. At nine Abdul reads better than his mother did at 18. What we see with him is a young man growing through his exposure to art and other artists. He, as we say in the African American community, "runs the streets." He observes life, he reads biography, fiction, black cultural criticism: Greg Tate. He goes to art exhibits, has a lover of another race. So as his experiences changed I had to allow his voice to change. He is comfortable in the black English his mother spoke but disdains the deep southern dialect of his great-grandmother. He speaks easily, being somewhat of an autodidact, with upper- and middle-class kids who are wanna-be artists like himself. He is an educated young urban artist. I didn't want to back away from that aspect of his being, either.

GR: Goodreads Author Nana Ekua Brew-Hammond writes, "Push cast light on the almost-never-talked-about experience of the abused child. Do you feel a calling to write about/for those who are marginalized in society?"

S: Yes, and why not? Why not use your talent to try to make things better? Much of the history of African American writing, especially the African American and African Caribbean slave narratives, is one in which the marginalized were given a voice.

GR: Goodreads member Joshunda writes, "Your writing has been referred to in reviews and book circles as being really heavy and intense. What do you make of these labels, and why do you feel it's important to tell these stories about African American life?"

S: Well, labels even when there is some truth in them are limiting. As an artist I would prefer not to be labeled, but there is not much I can do about being labeled so I don't give it a lot of energy. This is the job of literature, to tell stories. Some people can handle them, some can't. For some people the truth will always be a comfort no matter how hard it is.

Im excited to share this book with inmates i work with!!! Congrats on what looks to be another great book!!!

when will the book be releaseed?

Just picked this up to read while recuperating from surgery in the next few weeks. Hope I can pace myself and enjoy it for a few days...

Seriously? "America's white mainstream Protestant culture, when it is not ridiculing and demonizing the black body, simply erases it." What a slap in the face to all "those people" who appreciated her first novel. I read Push back in grad school in the mid-90s, then once again when all the hype hit for the movie. I won't say I enjoyed it. As a reader, you suffer along with Precious as she struggles with her life, both the choices she makes and the choices others make for her. It is a novel written to make you think, not enjoy. When my Goodreads email update hit my inbox this morning, I was excited to read about this next installment by Sapphire. However, after reading this interview and the author's blatant pigeon-holing of entire populations of people I have changed my mind. While I do not fall into her category of "White mainstream Protestant culture", I refuse to spend my money supporting an author who would use her position to further such damaging stereotypes. I teach both my children and my students to differentiate the actions of a few from a whole population. It is a shame that Sapphire does not strive to do the same.

NATUI wrote: "Seriously? "America's white mainstream Protestant culture, when it is not ridiculing and demonizing the black body, simply erases it." What a slap in the face to all "those people" who appreciated ..."

Want to read it. Listed in O magazine.

While I might not agree with Sapphire's blanket assessment of the White Mainstream Protestant culture, I still want and will read The Kid. Precious was a devastating novel that hit me like a Mack Truck, something that thirteen years after first reading still fills me with despair...

So, yes I will read The Kid. Many authors say something stupid or cringe-worthy in their life. It doesn't diminish the power of their work.

Just purchased "The Kid". Will definitely read it. I read Push before the movie Precious came out. The book was much more powerful than the movie, but that's pretty typical. I hope those who saw the movie eventually went back and read the book. It's not the same as reading first, but its still worth the read.

Strangely, I read the book and couldn't bring myself to see the movie. I saw maybe ten, fifteen minutes and erased the film off my DVR.

"white middle-class child with private insurance called the same doctor (after the Medicaid kids had called and been turned down) they were accepted. "

Hard to believe that a woman as educated as Sapphire chooses not to see the dichotomy in her statement.
It is not the skin color, it is the color of the money.
Her book(s) will not be on my reading shelf.

Natui, I read the interview and then read through some of the comments. I appreciate what you shared. You spoke what I was thinking exactly. I hope one day she will be free from whatever it is that causes her to judge and generalize and have contempt prior to investigation. wow. what a bummer.

NATUI wrote: "Seriously? "America's white mainstream Protestant culture, when it is not ridiculing and demonizing the black body, simply erases it." What a slap in the face to all "those people" who appreciated ..."

This book was frustrating!

This was the most disturbing book I have ever read....I had nightmares for days after I read it!