Dean Koontz on the Humorous Suspense Writer You Need to Read

Posted by Cybil on March 26, 2020
37 likes · 24 comments
Dean Koontz has been a long-time master of the suspense, with his bestselling Odd Thomas and Jane Hawk series as well as his many standalone hits including Watchers and Intensity. This March he's back with Devoted, about a terrifying threat to humanity, a mute boy, and a gifted golden retriever.

We asked Koontz to recommend some of his favorite thrillers, and he's recommending a humourous author that he thinks should have more devotees: Donald E. Westlake. Here he makes his case for Westlake's books.
A long time ago—so long ago that saber-toothed tigers were still prowling shopping centers hoping to snare a tender child coming out of Chuck E. Cheese and the internet was not yet a big deal—I began slipping little humorous moments into my novels, to the dismay of the agent and the publisher with whom I worked at that time. They gently but firmly advised me that in novels meant to be suspenseful, humor would destroy the desired mood. I was given to understand that if I kept doing this, I’d destroy my career and have to work gutting fish on an Alaskan halibut trawler. 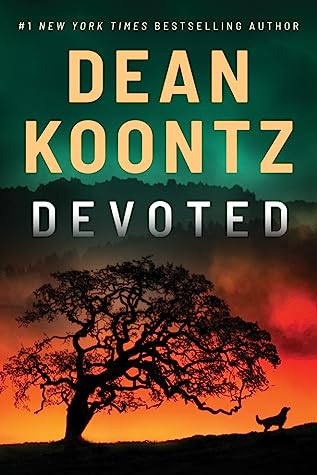 Error rating book. Refresh and try again.
Rate this book
Clear rating
1 of 5 stars2 of 5 stars3 of 5 stars4 of 5 stars5 of 5 stars
I thought if we laughed with the characters now and then, they would be more appealing and seem more real, because humor is how we all—if we’re sane—cope with adversity and peril. I tried to be humorless for the next book, Midnight. At the keyboard, I was a grim, doom-mongering, tornado of paranoia. Then came The Bad Place, which was dark and scary but, at the same time, funny enough that my agent and publisher were not amused.

In those days, before email, I was receiving as many as 10,000 snail-mail letters each year from readers, and one day it occurred to me that not one of them complained about my often mixing a little humor into the books. In fact, many of them liked it. Thereafter, when I felt the need to wear two hats—the black hood of a grim reaper and a bell-festooned jester’s cap—I didn’t worry about it. So there followed the Odd Thomas series and From the Corner of His Eye and Life Expectancy, among others, and I never had to gut a single fish.

Although I’ve been influenced by scores of writers, I can identify one who most profoundly impressed me when it came to the delightful blend of suspense and comedy: Donald E. Westlake. Under the name Richard Stark, he wrote some of the finest hardboiled caper novels ever published, but under his real name, he was the most consistently funny American writer from 1965 until well into the first decade of the new millennium. In a just world, his best work would be preserved in prestige paperbacks forever, but you’ll probably most easily find them now as ebooks. 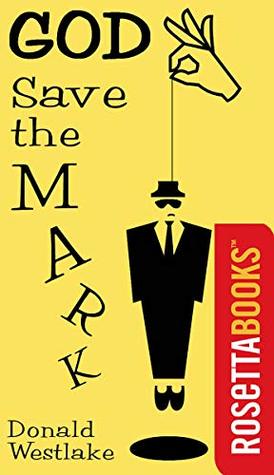 Among the works that made him famous, I highly recommend God Save the Mark, the story of gullible Fred Fitch, an easy mark for every grifter and bunk artist. One day, Fred inherits a small fortune from his murdered Uncle Matt—and finds himself ricocheting through New York City and countless perils, as if he’s a human pinball. 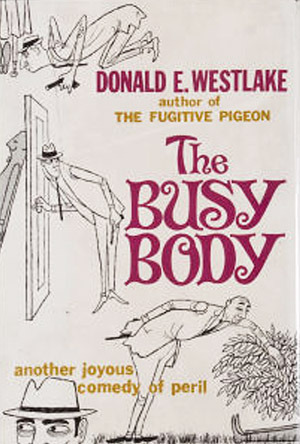 The Busy Body features Al Engel, who is the nonviolent right-hand man to mobster Nick Rovito. Al runs a small neighborhood store that’s a front for a gambling parlor on the West Side of Manhattan. Charlie Brody, a mob mule, is accidentally buried in a suit coat lined with heroin, and it seems a simple task to dig up the coffin, take the coat, and bury Charlie again. The twists and turns that ensue make for an edgy work of comic genius. 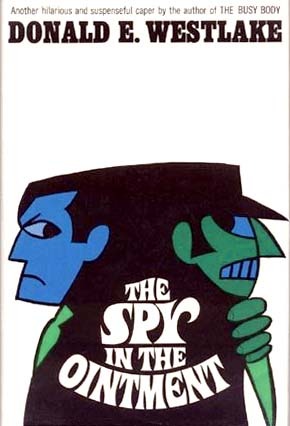 A peace-loving pacifist, J. Eugene Raxford, finds himself undercover in an organization of assassins. Wild adventures and hair’s-breadth escapes pile one on top of another as the intricate plot unfolds. At the time (1966), this was called “the year’s most terrifying comedy.” 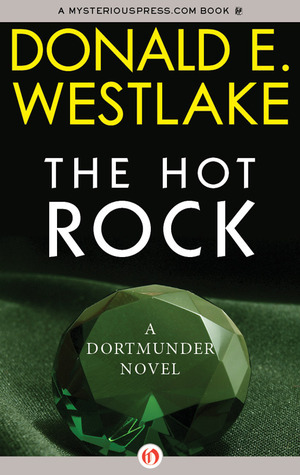 The first of many novels featuring John Dortmunder—robber, burglar, screwup—and his eccentric partners in crime, this was made into a fine film starring Robert Redford and a brilliant cast, though it was less funny than the novel. 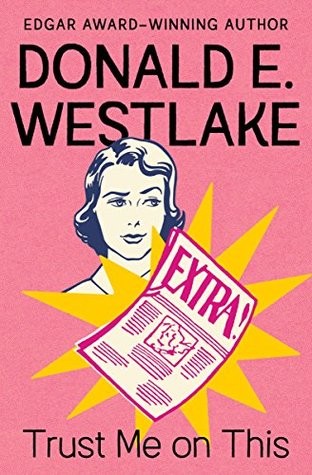 Mid-career Westlake, this is a delicious satire of tabloid journalism, full of murder and mayhem and hilarity. Time magazine called it “the most beguiling [assault] on journalists since Evelyn Waugh’s Scoop,” which is high praise indeed, and true.

Under his own name, Westlake wrote dozens of novels, virtually every one of which is supremely satisfying.

Do you have a recommendation for a thriller with a dose of humor? Share it with your fellow readers in the comments!

Anything by Harlan Coben

Hi Goodreads community! Could you recommend a nice Dean Koontz book for someone who's never read one? Thanks in advance and stay safe!

To maria. My favorite dean koontz book is watchers. They are all good though.

I have been reading Koontz for over thirty years. For a new reader I would recommend Watchers or Lightning.

Mr Koontz's books aren't "nice" - but every main character has guts. Mr Koontz is very good at getting inside my head. Frankly, I could close my eyes and just pick one and I'd enjoy it. However, try the first book in the Odd Thomas series.

The one that sticks out for me is From the Corner of his Eye. Also loved Odd Thomas.

I read Donald Westlake's Dancing Aztecs many years ago--was just a random pull of the library shelf but it was a delightfully funny surprise!

My favorite humorous Dean Koontz moment is from Phantoms: "nothing says loving like something from the oven."

Thank you all for the replies! I will definitely take a look at Watchers, Lightning and the Odd Thomas series. Stay safe!

Westlake was a chameleon; his Richard Stark books are what King was reading when he came up with the Richard Bachman pseudonym. And his screenplay for The Grifters was well received. But his Dortmunder series as well as the ones Dean mentions are hilarious. It’s “smart humor” blended sometimes with Keystone Cops situations. A must-read!!

my first Koontz book was Strangers. That got me hooked to read others.

I got started I think with Whispers.

The newsletter said "top YA sagas of the last decade". wtf!

Lautaro wrote: "The newsletter said "top YA sagas of the last decade". wtf!"

I Know I'm confused, cause I was interested in that and not this.

Westlake has been one of my favorite writers for many years.