Posted by Glenn on November 21, 2019
89 likes · 19 comments
Science fiction is endless fun for those who appreciate thoughtful conjecture. As a genre, sci-fi encourages rule breaking, lateral thinking, and reckless leaps of imagination. It invites us to project our hopes and anxieties out to some notional event horizon, then see what happens.

Here are ten classic science fiction books from the vaults that have proven remarkably prescient in their visions of the future. The selections are arranged chronologically and go back further than you might anticipate. As a people, we've been wondering and worrying about our future for a long time... 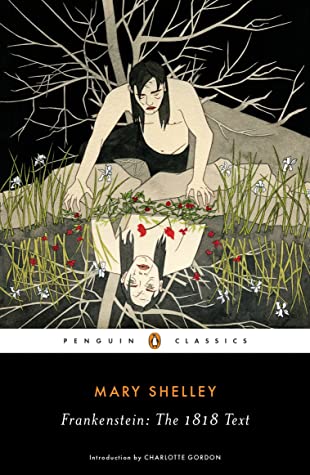 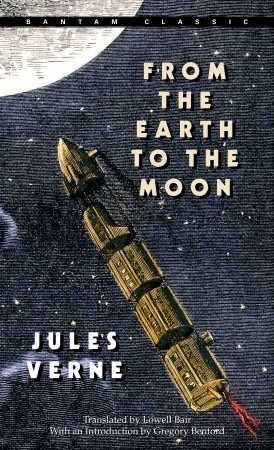 Error rating book. Refresh and try again.
Rate this book
Clear rating
1 of 5 stars2 of 5 stars3 of 5 stars4 of 5 stars5 of 5 stars
From the Earth to the Moon (1865)
by Jules Verne
Set just after the Civil War, Verne's book imagines a lunar exploration mission more than a century before America actually sent manned spacecraft to the moon. The parallels to the real life Apollo program are spooky: Verne's story features three astronauts and the fictional spacecraft closely resembles the future command modules and their use of retro-rockets to slow descent. In the story, as in real life, Texas and Florida compete to host the launch site, and the astronauts even splash down in the same area of the Pacific Ocean. All of this is described 106 years before the Apollo 11 mission. Weird. 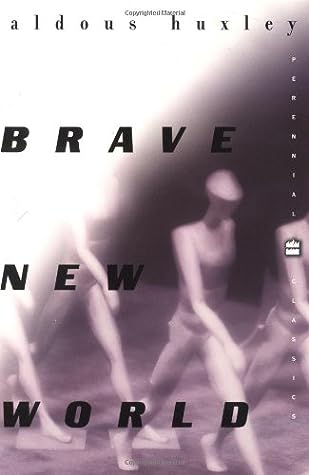 Error rating book. Refresh and try again.
Rate this book
Clear rating
1 of 5 stars2 of 5 stars3 of 5 stars4 of 5 stars5 of 5 stars
Brave New World (1931)
by Aldous Huxley
Huxley's dystopian sci-fi novel, set in a totalitarian future World State, anticipates several later developments in medicine, psychology, genetics, and social science. The most astonishing is the drug called Soma, a mild hallucinogen that functions much like a modern antidepressant—a class of pharmaceuticals that wasn't even identified until 20 years later. Huxley also predicts advances in social conditioning and reproductive technology. 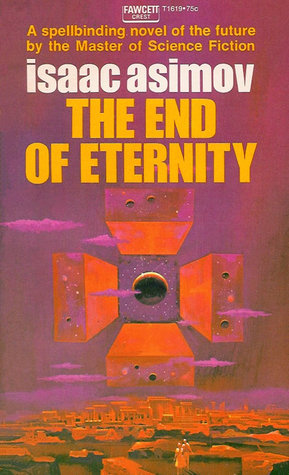 Error rating book. Refresh and try again.
Rate this book
Clear rating
1 of 5 stars2 of 5 stars3 of 5 stars4 of 5 stars5 of 5 stars
The End of Eternity (1955)
by Isaac Asimov
Asimov is deservedly famous for his many robot novels—we could make a whole other prediction list from just those— but this relatively obscure 1955 book proves that Asimov had his prophetic eye on other things, too. This tightly plotted time-travel story casually mixes in mind-bending concepts from quantum physics that are only now being fully explored. Causality violations! Infinite parallel universes! Uncle Isaac even mixes in a few educated guesses on future energy weapons. 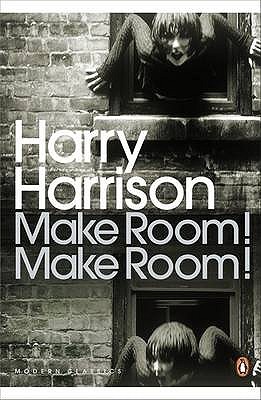 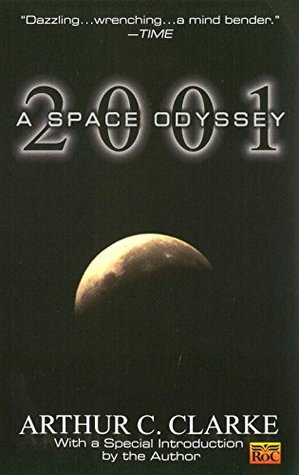 Error rating book. Refresh and try again.
Rate this book
Clear rating
1 of 5 stars2 of 5 stars3 of 5 stars4 of 5 stars5 of 5 stars
2001: A Space Odyssey (1968)
by Arthur C. Clarke
Written concurrently with the film of the same name, 2001 is jammed with prescient details that appear in both the book and the movie. Between Clarke and film director Stanley Kubrick, the story features an assortment of future technology that would later become real, including tablet computers, teleconferencing, robotic satellites, face and voice recognition, orbital space stations, and of course cinema's most psychopathic AI—Hal 9000. 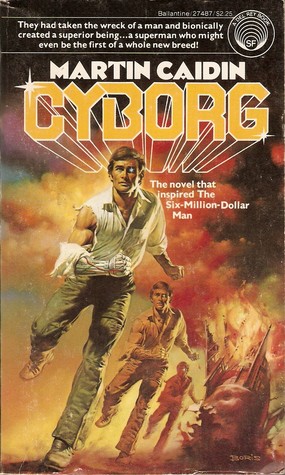 Error rating book. Refresh and try again.
Rate this book
Clear rating
1 of 5 stars2 of 5 stars3 of 5 stars4 of 5 stars5 of 5 stars
Cyborg (1972)
by Martin Caidin
The book that brought us Steve Austin, The Six Million Dollar Man, Cyborg is actually more of a secret agent thriller than a straight sci-fi story. Tackling the then-brand-new science of bionics, Cyborg imagines various kinds of future mechanical prosthetics that would later become medical reality with the advent of BCI—brain-computer interface technology. The idea of man-machine cybernetics goes back a lot earlier, actually—check out the 1923 brain-bender known as The Clockwork Man. 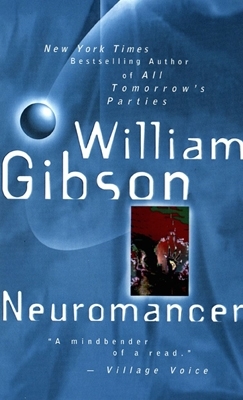 Error rating book. Refresh and try again.
Rate this book
Clear rating
1 of 5 stars2 of 5 stars3 of 5 stars4 of 5 stars5 of 5 stars
Neuromancer (1984)
by William Gibson
Cyberpunk godfather William Gibson may be the single most prophetic author in the history of the science fiction genre. His breakthrough debut novel introduced the term cyberspace and predicted a startling number of specific future developments concerning artificial intelligence, hacker culture, cybernetics, virtual reality, cosmetic surgery, reality TV, and other delights of late-stage capitalism. Gibson's later books are even more eerily accurate—check out the rest of the Sprawl trilogy for additional weirdness. 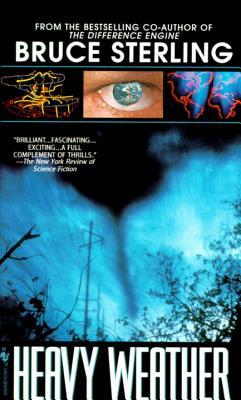 Error rating book. Refresh and try again.
Rate this book
Clear rating
1 of 5 stars2 of 5 stars3 of 5 stars4 of 5 stars5 of 5 stars
Heavy Weather (1994)
by Bruce Sterling
Another classic from the cyberpunk school of thought, Bruce Sterling's Heavy Weather chronicles the adventures of a group of storm chasers in the year 2031. Global warming is ravaging the planet and spinning off hugely destructive storm systems that lay waste to populated areas. The book has a number of frighteningly relevant details warning of resource wars, species collapse and deadly new disease vectors. For confirmation of the book's prophetic passages, check today's news headlines. 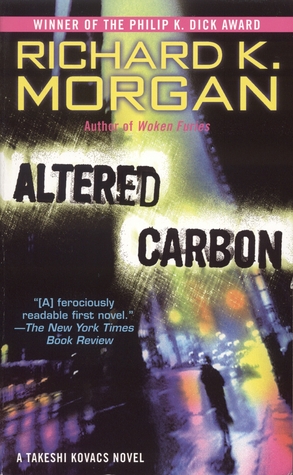 Error rating book. Refresh and try again.
Rate this book
Clear rating
1 of 5 stars2 of 5 stars3 of 5 stars4 of 5 stars5 of 5 stars
Altered Carbon (2002)
by Richard K. Morgan
The inspiration for the recent Netflix series of the same name, this 2002 update to the cyberpunk template makes an extended run at the concept of virtual immortality. Interstellar badass Takeshi Kovacs can transfer his consciousness between bodies by way of neuroprosthetic devices called cortical stacks. That technology may not be here quite yet, but the concept is evolving quickly with emerging technologies like whole-brain emulation—mind uploading, basically. For further reading, be sure to check out Ray Kurzweil's manifesto The Singularity Is Near.


Join in the fun! What sci-fi books would you say predicted the future? Let's talk books in the comments!

Check out more recent articles:
24 Books to Give to Your Most Bookish Family & Friends
32 Short (and New) Books to Help You Crush Your 2019 Reading Challenge
Goodreads Staffers Recommend Their Favorite Audiobooks

These are some good choices selected. Definitely would love to read these.

I would agree with most of this but I remember two 1960's works by Anne McCaffrey Restoree and The ship who sang that dealt with the concepts of consciousness transfer into machines ( cyborgs) which pre-dated the book of that name. I'm sure that many readers of my generation could cite others.Cordwainer Smith and 'Go Captains' come to mind.

John Brunner's "The Sheep Look Up" may not be here just yet, but … it's a scarier novel than it used to be.

When it comes to Shelley—and though Frankenstein is certainly a classic—readers might find her comparatively less known novel The Last Man a far more disturbing and prophetic book.

It's essentially the first sample of what would much, much later become known as post-apocalyptic fiction, deploying a rather ingenious temporal scheme and various Gothic (and post-Gothic) narrative devices.

Most typically, it relies on the "found manuscript" trope, but with a brilliant twist. The entire novel is constructed as an ancient prophecy of a future global catastrophe, though one written retrospectively by its lone survivor. It's basically a "true story" that will happen. This is uniquely effective, and far ahead of Shelley's time. I've written a blog post about this, for anyone interested in more details.

should be here too.

should be here too."

I was just about to comment with The Machine Stops! More of a short story than a novel, but still highly applicable.

1984 also needs to be on the list. Brave New World is my favorite book ever! Frankenstein is also a great one.

The earliest cyborg in fiction was EAP's The Man That was Used Up. Another good example is the Tin Woodsman from Oz.

Cell by Stephen King? Sometimes I wonder if it weren't true. The development of AI and loss of privacy/hacking is certainly of concern. Look at US elections.

I'm not sure how "It Can't Happen Here" by Lewis Sinclair can't be considered prophetic, given today's political situations not only in the USA but in several other western countries, too. I mean, who can't see Trump in Windrip (except, perhaps, the intellectual titans that voted for him)?

Suz wrote: "I'm not sure how "It Can't Happen Here" by Lewis Sinclair can't be considered prophetic, given today's political situations not only in the USA but in several other western countries, too. I mean, ..."

I think 1984 and animal farm by George Orwell should be here too.

It's speculative fiction, not science fiction, but I feel The Handmaid's Tale by Margaret Atwood deserves a mention. With judges in the US ruling that an aborted ectopic pregnancy must be reinserted into a woman's womb, I feel we're eerily close to it as at least a partial current reality. Sad and horrifying as the idea may be.

The Twenty Days Of Turin!

Its pleasing to know I have read 7 of these. many years ago. Jules Verne, of course. But to omit H.G. Wells from this list is sacrilege. In "The Shape of Things to Come" published in 1933 He predicted World War II. "The Island of Dr. Moreau" predicted genetic manipulation. And many others.
Oh by the way, time travel is not really possible and I can help you prove it to your self. Any tale you read about it is technically fantasy. There is no science that supports the theory except theoretical quantum physics of which I admittedly know very little, but which is easily a term interchangeable with the term fantasy.

I like almost all fiction novels from this list. But my favourite is Frankenstein by M. W. Shelley. I've even chosen this book as the theme for my term paper at college. Even though I like this book, the work has been hard, so I've used https://samploon.com/free-essays/fran... to get some help. I've found very interesting information in this free essay database. I think that this book reveals some important and up-to-date issues.

What about Stanisław Lem?!?!? I even read an article (in Polish) about stuff that he made up for his books that became true! Audiobooks, e-books, tablets, the Internet, good al' uncle Google . . .