Write Your Novel with These Tips for Conquering NaNoWriMo 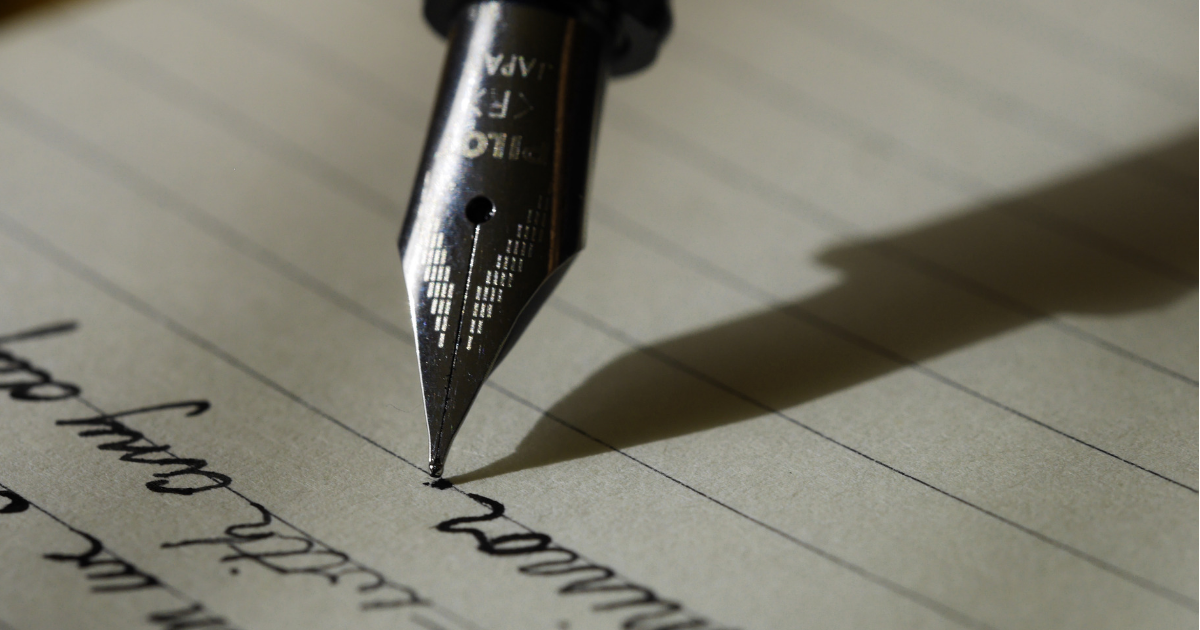 Author Grant Faulkner is the executive director of nonprofit group National Novel Writing Month (or NaNoWriMo), which encourages people to take on a monthlong writing challenge of creating a 50,000 word novel in November. The annual event began in 1999, and since that time hundreds of novels that began NaNoWriMo projects have been published, including Sara Gruen’s Water for Elephants, Erin Morgenstern’s The Night Circus, and Rainbow Rowell’s Fangirl.

Last year alone, more than 402,000 aspiring authors signed up for the creative writing project. Now, Faulkner is offering his top tips on how to have a successful NaNoWriMo.

Studies to discover the key ingredients of NaNoWriMo success have been conducted by data scientists, wizards, alchemists, two plumbers from Toledo, a rodeo rider, and a winemaker from France, to name just several. In our endless search to find the recipe for success, we held debates to find the definitive answer, but we’ve concluded that because everyone is different, there is no single formula to cross the finish line.

The main thing is to keep trying new approaches and find your way to write.

Here’s the NaNoWriMo recipe that works best for me: 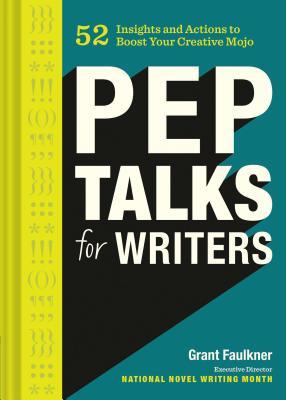 Error rating book. Refresh and try again.
Rate this book
Clear rating
1 of 5 stars2 of 5 stars3 of 5 stars4 of 5 stars5 of 5 stars
1) Write your story, your way: This is perhaps the most important tip for NaNoWriMo success. Choose the story that’s calling to you. Don’t worry about what anyone else will think about it, or whether it’s “marketable.” If you tell your story and tell it the way you want to tell it, your passion will be as powerful and eternal as Willy Wonka’s Everlasting Gobstopper.

2) Prepare to write before November (even if just a little): Some people like to write meticulous outlines. Some people buy extravagant novel-planning software. Some people brainstorm “what if” scenarios and fill a wall with post-it notes of scenes. There’s no right way to write a novel—in fact, sometimes people write wonderful novels by the seat of their pants (we call them pantsers in NaNoLand).

In general, though, I think some preparation will help you whack through the inevitable writer’s blocks that clutter the path of any novel’s journey, even if you just scribble some notes about your main characters or spend an afternoon daydreaming about your story before November. You don’t necessarily need a plot before you write a novel—because a novel, especially the first draft, is an exploration—but having a sense of your novel’s direction will help propel you forward.

3) Experiment (which also means have fun): NaNoWriMo is about some serious writing, but writing with abandon is also an invitation to be playful, wild, and downright wacky. How to be fun loving in such a writing endurance test? I recommend donning a writing hat to remind yourself of the whimsical powers at your disposal, or participating in some NaNoWriMo Word Sprints (which happen round-the-clock on Twitter in November at @NaNoWordSprints).

“Writing is at its best—always, always, always—when it is a kind of inspired play for the writer,” said Stephen King. 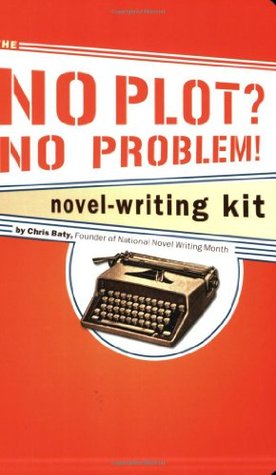 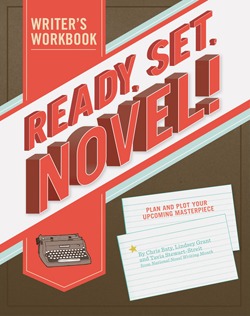 Error rating book. Refresh and try again.
Rate this book
Clear rating
1 of 5 stars2 of 5 stars3 of 5 stars4 of 5 stars5 of 5 stars
4) Write with others: Writing a novel has always been more of a community endeavor than it's perceived to be. Proust talked through his ideas with his housekeeper for hours each day. Zora Neale Hurston found inspiration and kinship in Harlem Renaissance writers such as Langston Hughes. And C.S. Lewis and J.R.R. Tolkien were buoyed by the feedback and encouragement they received from the writers in the Inklings.

Since NaNoWriMo is an extreme experience, it's important to be involved with a community of writers to share “war stories,” get encouragement, and enact a system of accountability. NaNoWriMo has nearly 1,000 Municipal Liaisons who organize “write-ins” in approximately 750 different regions around the world. If you can’t make it to a write-in, the NaNoWriMo forums are vibrant with rollicking discussions of every writing topic under the sun, and NaNoWriMo’s online community spreads its reach to nearly every nook and cranny of the Internet.

5) Get a dog who will force you to take walks: A dog clamoring for a walk often seems like an interruption at a crucial juncture, but dogs have a preternatural instinct to know when you need to get the blood flowing in your body. Or so my dog Buster tells me. This is particularly important during the “muddy middle” of a novel, where so many novels go to die. There’s nothing like a dog walk (or your version of a dog walk if you can’t get or borrow a dog) to welcome in unexpected imaginative insights, ward off back spasms, and spark an idea for the next plot pivot.

Also, let go of the idea of perfectionism and banish your inner editor. Remember, nothing is permanent in a first draft, and everything can be fixed—later! If you keep your expectations low, you’ll be better able to get the words on the page so you can edit later.

7) Practice the art of not letting go: It’s easy to talk yourself out of any creative project—you might get sick during November, win the lottery, lose your favorite pen, or fall in love. Whether you have good luck or bad luck, you committed to writing a novel. Even if you fall behind and can’t hit the 50,000-word mark, it’s important to hold on tenaciously to one thing: you are a writer, and writers write. So keep showing up and write with abandon.

As Newton observed, objects in motion tend to stay in motion…

What tips do you have? I’d love to hear yours to help get me through those inevitable moments when I hit the wall and can’t see a way forward (it always happens)!


Check out more recent blogs:
Should You Co-Author a Novel? Advice from Bestselling Writer Duos
Listen to the Best Books of the Decade
Do Good: National Novel Writing Month (NaNoWriMo)
Like · 113 likes · 24 comments

Log you word counts. Maybe your writing times, too. (Sometimes it helps to see how fast you're writing, sometimes it discourages you from working in little five- and ten-minute breaks.) When you get bogged down, you can look at your log and see that total word count growing, and the words you wrote the last few days, and think, "I can beat that count!"

I began reading from my genre, (science fiction, YA), way before November that way inspiration can hit before the time comes. I'm prepped and excited for NaNoWriMo this year, as it is my first year attempting.

It’s also important not to get distracted by things like a tv. Luckily mine cuts off tomorrow and will be gone for november. Dedication.

Mahayla wrote: "It’s also important not to get distracted by things like a tv. Luckily mine cuts off tomorrow and will be gone for november. Dedication."

Get a dog. XD What a writing tip. But it's the truth!

I have TOO many stories in my head!

I've been doing this for almost a decade, and my tip is to RELAX. Take it one day at a time and 50K will be there before you know it. Accountability partners help as well.

Disclaimer: I'm a Municipal Liaison and volunteer for NaNoWriMo.

Here is my GoodReads group for NaNoWriMo this year, and the year before that :D https://www.goodreads.com/group/show/... I am more nervous about taking part in NaNo this year though... Considering that I work 40-65 hours a week now and I fear that I would be too tired to do anything other than be at my job >_<

Love this project for accountability with writing! My Insular Trilogy which is in the process of being released was penned during Camp Nano! :)
Christine Meunier

Exactly what my dog does for me!

I'm actually thinking of doing it this year. I will dust off an old beginning of a novel I have been putting off to finish for too long!

Personally, I'm trying to decide if I should try to finish the SF novel (working title: Captured) that's been getting back-burnered for about ten years now (it's around 20,000 words in, but could very well be 150-200k by the time I decide it's a "book"), the "Baglady's Beauties" story (I initially thought it might be a novella but could end up being a full novel), a different SF novel (working title: And the Blind Shall Lead) that's a lot less complex that the older one, or make a NaNFWriMo out of the month and do my next Great Lakes book (a "double biography" of the SS Eastland and Christopher Columbus).

Wendy wrote: "Personally, I'm trying to decide if I should try to finish the SF novel (working title: Captured) that's been getting back-burnered for about ten years now (it's around 20,000 words in, but could v..."

Rena wrote: "I have TOO many stories in my head!"

So write the "red dress."

I wish there were more write-ins available in my area. :( The only one for adults meets on Tuesdays at 6 pm, which is too early for me to make it.

I wrote my book, My Stolen Church, 40k words in August. Most of it was already in my head so once I started it just flowed. Any more than 40k words would have been superfluous in this case. Tom Quinn.

The bigger problem by a long way was editing it. Soon to be published...Christmas 2018