Posted by Cybil on June 7, 2018
67 likes · 10 comments
Adam Frank is a professor of astrophysics at the University of Rochester and co-founder of NPR’s 13.7: Cosmos and Culture blog and an on-air commentator for All Things Considered. Fun fact: He also served as the science consultant for Marvel Studio’s Dr. Strange. His new book, Light of the Stars: Alien Worlds and the Fate of the Earth arrives on June 12th. 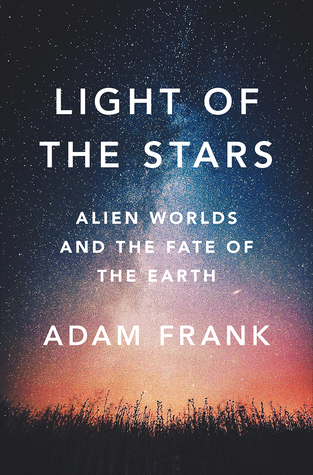 Error rating book. Refresh and try again.
Rate this book
Clear rating
1 of 5 stars2 of 5 stars3 of 5 stars4 of 5 stars5 of 5 stars
Astrobiology is the study of life in its full cosmic context (planets + stars + galaxies, etc.). We obviously haven’t found life elsewhere yet. But our exploration of the Sun’s family of planets, our discovery of thousands of other planets orbiting other stars (exoplanets), and the recent unpacking of Earth’s 4.5-billion-year history have all shown us what has happened here and what can happen elsewhere.

Astrobiology as a field is exploding right now and, as I explore in my book Light of the Stars: Alien Worlds and the Fate of the Earth, it's a science with a remarkable story to tell about our own fate on a climate-changed world.

To understand the links between the evolution of planets and the fate of their civilizations you must take an astrobiological view. It’s best to start this 10,000-light-year reading plan close to home with books about the history of our planet and its life.

Check out Donald E. Canfield’s Oxygen for an ancient example of life (microbes) changing the planet’s atmosphere through its own success. Sound familiar? If you are looking for a classic you can also read James Lovelock’s Gaia, from the scientist who helped launch the idea of a coevolution of life and the planet.

After Earth, it's time to explore the “neighborhood,” meaning the other worlds of our solar system. A good overview of our exploration of the solar system comes from Chris Impey and Holly Henry’s Dreams of Other Worlds. 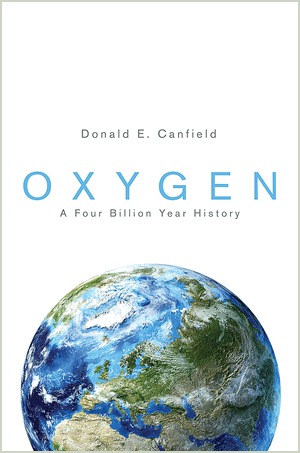 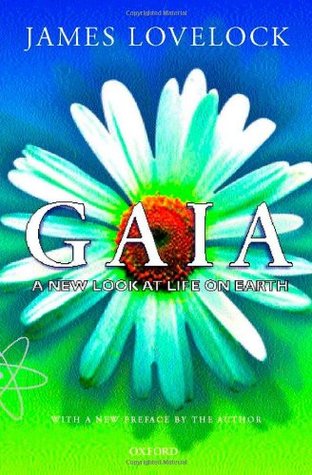 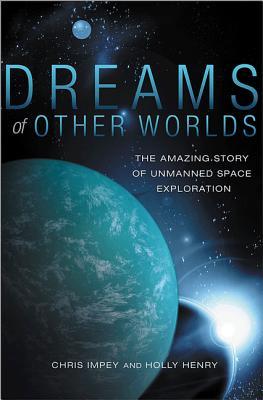 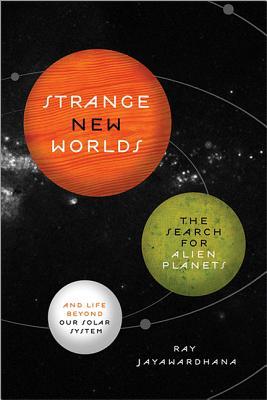 We now know that every star in the sky hosts its own family of planets. For good books about all those exoplanets, see Strange New Worlds by Ray Jayawardhana and Mirror Earth by Michael D. Lemonick. Both give excellent overviews of these epoch-making discoveries. In How to Find a Habitable Planet, James Kasting (who has done pioneering work in the field) gives a fascinating account of the science of worlds that might host life.

Of course, the ultimate focus of astrobiology is to answer the question “Are we alone?” and that means aliens (or exo-civilizations, as I like to call them). Read Lee Billings’ Five Billion Years of Solitude for a great description of our search for other cosmic intelligences. The Eerie Silence by Paul Davies gives a different perspective on this question that’s worth considering, as he has spent a lot of time working on the problem himself.

So what happens when life forms on a planet and it eventually evolves into a technological civilization? One answer is: climate change. The astrobiological view of global warming is a topic David Grinspoon takes on in his recent book Earth in Human Hands. And finally, for a very deep dive into the general question of life and planets coevolving, check out Revolutions That Made Earth by Tim Lenton and Andrew Watson.

Fiction offers us another way look at the links between civilizations, planets, and climate change. Focusing on the Earth and our near future takes us to The Expanse series by James S. A. Corey (the source of the also-excellent TV series). Taking place 200 years in the future, it mainly deals with tensions between Earth, a fully inhabited Mars, and the resource-rich but exploited asteroid belt. Beneath the story of interplanetary war (and the awesome threat of an alien “proto-molecule”) is a nuanced understanding of how climate and civilizations always come as a package.

A more pointed exploration of this theme comes from the great Kim Stanley Robinson in his book 2312, about a fully settled solar system in which Earth is nevertheless still struggling with its shifting climate. (I would also recommend Robinson’s Red Mars series for thinking about our future in space.)

All of these books will get you thinking —as an astrobiologist must —much more broadly about life, the universe, and our place in it. That’s a needed change for thinking more clearly about our future on Earth.

Light of the Stars: Alien Worlds and the Fate of the Earth will be available on June 12. Don't forget to add it to your Want to Read shelf! 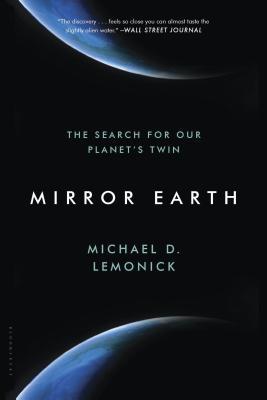 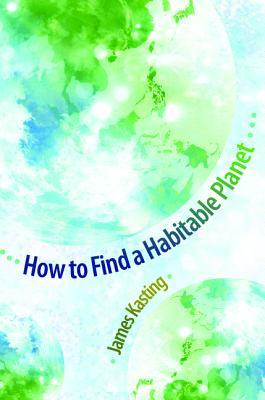 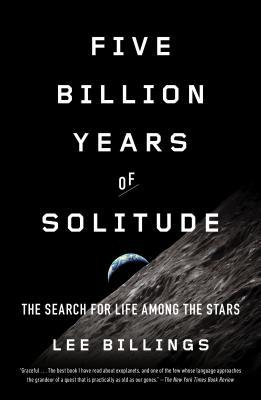 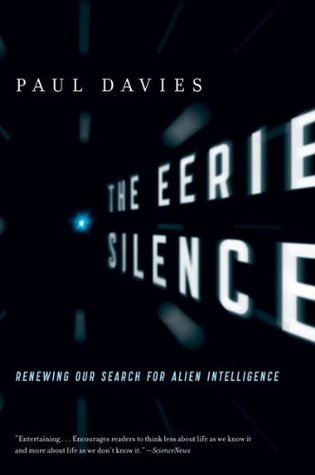 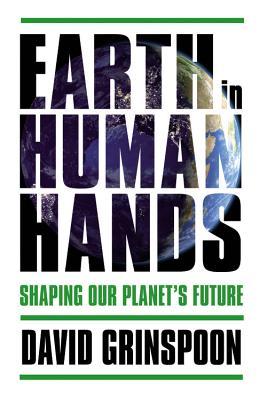 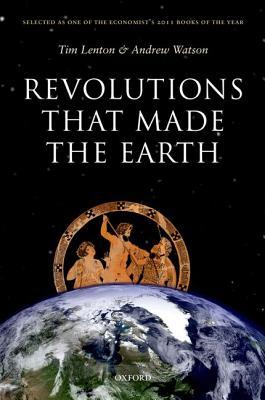 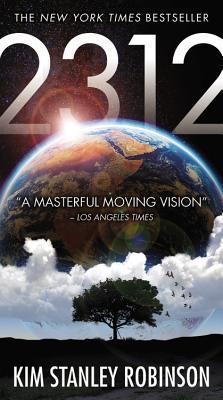 Goodreads, I'm enjoying your blog a lot this week. I've some new things to add to my TBR list here. Also, The Expanse is getting all the kudos this week & well deserved too (I'm still hoping Amazon or anyone else with a budget, picks up the tv series because that's great too!)

Sometimes, I just want a good cli-fi story. I own but haven't yet read KSR's 2312. I've read & enjoyed two so far in his Red Mars & Science in the Capital series. Another of his cli-fi series I own (& heard good things about) but haven't got around to reading yet is the Three Californias Triptych.

Nice to see serious non-fiction (not memoirs or pop-psychology) getting some love.

What a badass list. I plan on reading every one.

As someone who is interested in Physics and by extension Astrophysics, I am definitely going to read this sometime.

I have to add one nitpick, regarding the sentence that "We now know that every star in the sky hosts its own family of planets." We have been finding many new planets around many different types of stars, and while we are now aware that it's incredibly common for stars to have planets, we certainly don't know that every star has a planetary system - there are several different processes that can strip forming stars of their disks or eject planets, especially for stars that have formed in a crowded cluster environment, and to speak in absolutes is a fallacy, especially in a recommendations list that's meant to promote the hard sciences.

Wonderer wrote: "Interesting recommendations. It's not surprising (given that NPR likes the cut of his jib) that Frank's suggested reading is heavy on the dystopian effects of climate change.

One recent study isn't going to overturn decades of scientific consensus and hundreds of previous climate studies all by itself. Furthermore, Lewis reached his conclusion by cherry-picking his data and misinterpreting the results of the study he was taking his numbers from. While we should certainly keep an open mind with regard to the possibility that our current predictions are flawed, overturning a scientific consensus requires evidence that outweighs the current paradigm, in the form of reproducible, falsifiable results reached by multiple independent researchers. One paper whose results are an outlier to the current consensus is not in any way equivalent to climate scientists as a whole "starting to acknowledge the likelihood that future warming will be 30 to 45% lower than predicted".

I loved this post. I created a list of the books from your article. In the description, I gave you and your post credit. Of course.

Waco wrote: "I loved this post. I created a list of the books from your article. In the description, I gave you and your post credit. Of course.

You are welcome! But it is really thanks to you. Such a cool concept...

Some like to nitpick, I like to go against the flow.
Regarding the current popularity of arguing for the statistical quasi-necessity of life elsewhere in the cosmos, I recommend John Gribbin's "The Reason Why", that explains the equally incredible confluence of circumstances that makes our own existence astronomically unlikely.