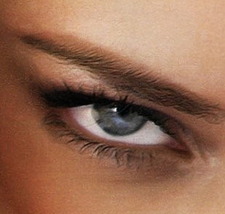 This will prevent Anissa from sending you messages, friend request or from viewing your profile. They will not be notified. Comments on discussion boards from them will be hidden by default.
Sign in to Goodreads to learn more about Anissa.

Network Effect (The Murderbot Diaries, #5) by Martha Wells
1 note & 12 highlights
My organic parts had a reaction that reminded me how lucky I was not to have a digestive system.
Lotfi Ajala and 1 other person liked this
See Anissa’s 53 books with notes and highlights…

“Next door was a vegetarian café and deli, and next to that was the Wooly Bear yarn shop. Its logo was a caterpillar in shades of yellow, green, and scarlet. Maggie went in.
The shop was warm and bright, with one entire wall given over to cubbyholes filled with yarns of every hue in many weights and fibers. The opposite wall held small skeins and spools of thread on pegs for embroidery and quilting. There were racks of pattern books and magazines, and in the back a mini classroom was set up with a small maple table and folding chairs, now accommodating a group of eight-year-olds wielding fat knitting needles and balls of oversize wool. A girl of about sixteen wearing a Rye Manor sweatshirt was helping a little boy to cast on stitches.”
― Beth Gutcheon, The Affliction
tags: knitting, small-towns, yarn-shop
0 likes

“You could not solve those problems individually. It was ridiculous to even try.
What you could do, however, was make the various people of this high era of the Galactic Republic see one another as people. As brothers and sisters and cousins and friends, or if nothing else, just as colleagues in a shared goal of building a galaxy that welcomed all, heard all, and did its best to avoid hurting anyone. Truly tried its best.

If you could make that happen, then problems didn't have to be solved. Many would solve themselves, because people believed in the Republic more than they believed in their own goals, and would be open to that magical word--compromise.”
― Charles Soule, Light of the Jedi

“We have each other. We lived apart from them; we understand now. Our failure to touch, to belong. But it doesn’t matter anymore. Everybody is gone, and we will join them. We are born apart, driftwood on the banks of an endless dark ocean. And we will be carried away by the swell soon enough. But in between, in a single day of living… that dancing in a strip of sunlight, we can find what we miss. The love that makes us whole. The imminence. Everybody found their other. This pattern is mine...”
― Anonymous
tags: death, everyone-s-gone-to-the-rapture, life, loss, love, rapture, video-games
2 likes

“You’d be amazed by what people will do. Things they’d never admit to anyone—not even to themselves.”
― Darcey Bell, A Simple Favor
17 likes

“The best gift you can give somebody is a surprise because they never forget.”
― Chuck Wendig, Wanderers
3 likes

Carlos Ruiz Zafón
author of: The Shadow of the Wind
More…

Polls voted on by Anissa