The Creation of a Hero: Andor Katona Playing the “If I were to …“ Game!

I’ve had a vague idea for a heroine for quite some time, but I only knew certain things about her in the beginning. I knew she had to be strong, both physically and mentally. I knew she was a fighter. And I knew she had experienced a great tragedy that left her alone in the world on many levels. 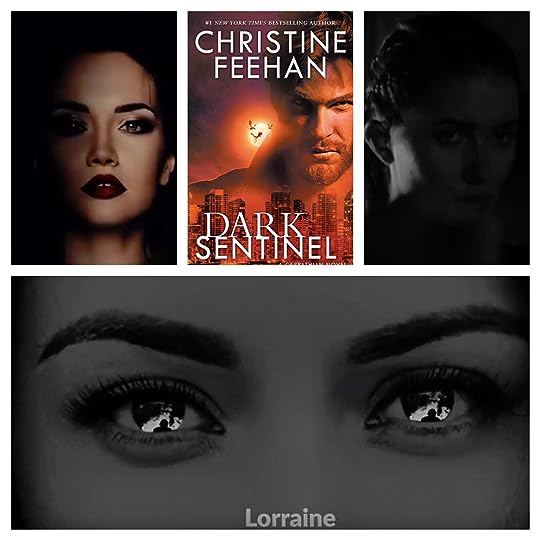 But, until I found the right lifemate for her she had to stay in the background.

As I began Dark Sentinel I knew the hero would be one of the monastery ancients and realized it would be Andor. Unfortunately, Andor was at the end of his long life and ready to die. That’s when I knew who my heroine was and that her time had finally come. Lorraine Peters was absolutely the only person who could save Andor. Not just because she was his lifemate, but because of her life experiences and who she was as a person. It couldn’t be anyone else.
Lorraine came from a family of fighters. They trained daily. She was disciplined and fast. She was strategic and level-headed. She was brought up that way and it became a natural part of her. And, like most of the women who become lifemates, they are born with light and love in them. Lorraine loved her family. She was loyal and dependable. And even though her brother struggled with anger issues, she showered him with love and encouraged him to be good.

So, you can see how Lorraine would be a wonderful lifemate to any Carpathian male. Strong, yet loving. Loyal and accepting. But, I needed someone who would, in a split second, decide to help a stranger who was being attacked by murderers, even though she was all alone. It had to be someone who wouldn’t run for help because the odds were so astronomically against her. Something in her had to be so infuriated at what was happening that she would give her own life to stop it. 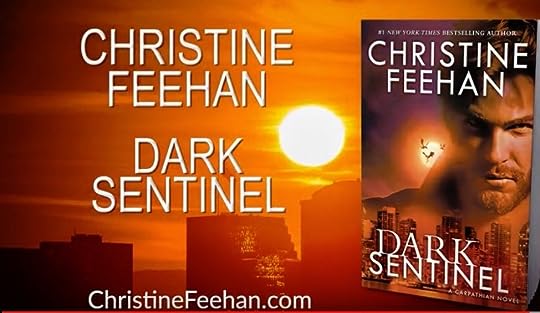 Years ago, there was a terrible crime that happened around the area in which I live. A local family had a son who was mentally ill and had anger issues. They had asked for help from the medical community. They’d even asked for help from law enforcement. No one helped them. One day their son lost control and killed several people from another local family and then was shot and killed by police.

Of course everyone was devastated by the tragic loss. There was such an outpouring of grief and support for the family who’d lost their loved ones. The victims were good people and now their family had to deal with their loss. As the community talked about what happened it occurred to me that the family of the boy who was the murderer also lost a child. They were also victims. No one talked about them. I wondered what it was like to be the family members of the killer. These were good people who had tried everything they could think of to get help and who had told law enforcement they were afraid something terrible would happen, but they were left on their own to manage their adult son. Did they feel alone? Did they feel guilt? Weren’t they just as devastated? These were the questions I thought of as I created Lorraine Peters. This scenario happened to her and everyone she loved was involved in this single event.

The stigma of what happened left Lorraine friendless and utterly alone in the world. She was the woman whose brother was a murderer. After some time she realized she had to get away and find herself again. So, she decided she’d go camping out where no one would know her secret guilt and shame. She wanted to find a way back to who she was. And the perfect opportunity for that opened up in that moment when she saw several men torturing and about to murder an unarmed, beaten, bleeding man who had no fight left in him.
Lorraine saw her chance to stop a murder. Those men were not going to get away with murdering anyone. Not on her watch. She wasn’t there to save her family, but she would save this man no matter what.
It is always satisfying when you find a perfect match. It took a little while for Lorraine to be fully realized as a heroine. It took the perfect lifemate who needed her and only her. It had to be Lorraine for Andor. And I think she was totally worth the wait.

I loved this couple. Both very strong but would also lean on eachother. Thank you for this book!

I loved it! Just wish i didn't have to wait a year to find out whats next!

I loved this book too. I am Glad that only a year or year and half and we have another Carpathian novel at hand.
But must be Difficult on Christine as she has Ghost Walkers, Leopard Series, Carpathian Series Shadow Series & Torpedo Ink Series as well as people asking for more Sea Haven/Sisters of the Heart books

Andor, and Lorraine are made for each other. I enjoyed reading about their unusual courtship, and how Andor didn't rush Lorraine into conversion, but waited for Lorraine to find her way to him. Definitely a swoon worthy book.

I kept hoping Lorraine would learn more about why her brother killed her family. Christine, will we never really know besides his being upset and from the drugs?

Even more tortuous is having to wait to for Ferro's story now that we know his mate! That's going to be so good.

Frankly, I was let down by Dark Sentinel. I especially hated how it ended. Ms Feehan has created far better lead-ins to continuing novels than she managed for Dark Sentinel.

I did appreciate the furthering plots and sub plots of the continuing drama with the Vampires.
Who knew Ivory's brother Sergea (spelling) would rise to be top dog in that conspiracy.

I liked her. She showed great courage.