Zara Hightower is the heroine of Covert Game and I wanted to talk a little bit about her in light of the Covert Game book release on March 20th.

Zara was raised like many of the genetically altered and enhanced women. A team of five became a team of three early in her training and those three were incredibly bonded.

Zara’s friends were Bellisia and Shylah. Both women were very much warriors, but though Zara had that same training and was capable of killing, she wasn’t the warrior the others were and Whitney punished her for that.
Zara is a very different heroine. She’s brilliant. She’s a leader in artificial intelligence and lectures all over the world. 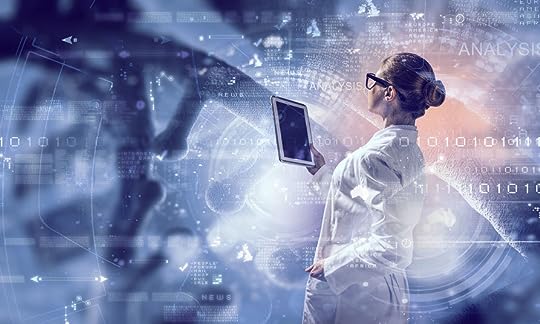 Her intelligence is what kept her alive, and important to Whitney. So, when she’s captured she’s not entirely ready for what awaits and her only hope comes when Gino Mazza’s team decides that saving her is worth the potential cost of lives.

But, there’s so much more to Zara than meets the eye initially and through the book we discover what that is. I love this heroine. I love that she’s so different and I hope readers will enjoy her story.

Love the series, can't put rhe book down for more than a few minutes at a time. Any chance on getting a chart connecting the ghost walkers to their spouses and kids?

Thomas wrote: "Love the series, can't put rhe book down for more than a few minutes at a time. Any chance on getting a chart connecting the ghost walkers to their spouses and kids?"

We're hoping to do more on Wikipedia so people can help keep it updated, but there are a couple of places you can go to find information on the characters and couples.