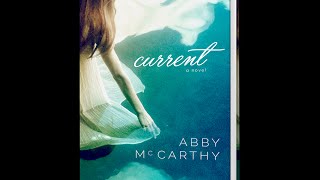 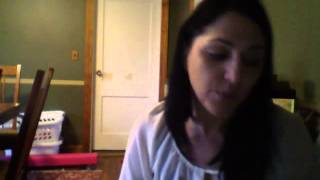 Beneath The Covers Blog

Born
in Cleveland, The United States
Website
http://abbymccarthyauthor.com/
Twitter
abbyemccarthy
Genre
Fiction, Contemporary, Romance
Member Since
November 2012
edit data
Abby McCarthy is an Ohio born reader and a lover of words. She is a blogger turned author and released her first novel in May 2014. She is a mother of three, a wife and a dog person. She has always written, sometimes poetry, sometimes just to vent about failed relationships, however in parenthood she has found her voice to help keep her sanity. She loves to write and read romance because isn't that something we all yearn for? Whether its flowers and hand holding or just the right tug on your hair. Isn't that what life is about? The human connection? 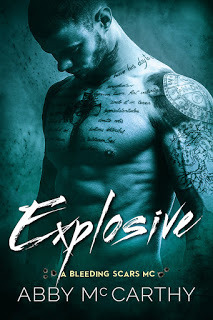 There’s
been one truth in my life-one thing that I’ve always known. My body is not my
own. I’m a bargaining chip, used by my family’s business to seal a deal or
impress a client. I’ve never had a real family, no mother to wip

Abby McCarthy is currently reading
The Wicked King (The Folk of the Air, #2)
by Holly Black (Goodreads Author)
bookshelves: currently-reading

Abby McCarthy is currently reading
The Queen of Nothing (The Folk of the Air, #3)
by Holly Black (Goodreads Author)
bookshelves: currently-reading

“To have hope is to have the strength to endure. It’s a much stronger emotion than fear. If you have the choice to choose hope or fear, choose hope.”
― Abby McCarthy, Wreck You
3 likes
Like

“I have known many, liked not a few, loved only one, I drink to you.”
― Abby McCarthy, Wreck You
3 likes
Like

“Babe, you bleed, I bleed. I'm right there with you,”
― Abby McCarthy, Hurt You
tags: mc-romance, romance
3 likes
Like

“So...you faze out, hear voices, and blame your tempered outbursts on a fictional creature living in...” he looked down at my stomach, “your belly.”
“Precisely. The boy catches on quick.”
― A.M. Hudson, Tears of the Broken
15 likes
Like

“Something tells me if he thought you wanted the Titanic, he would retrieve it from the depths of the Atlantic for you.”
― Nicole Williams
tags: eternal-eden
19 likes
Like

“Where was he, her Alexander, of once? Was he truly gone? The Alexander of the Summer Garden, of their first Lazarevo days, of the hat in his hands, white toothed, peaceful, laughing, languid, stunning Alexander, had he been left far behind?
Well, Tatiana supposed that was only right.
For Alexander believed his Tatiana of once was gone, too. The swimming child Tatiana of the Luga, of the Neva, of the River Kama.
Perhaps on the surface they were still in their twenties, but their hearts were old.”
― Paullina Simons, The Summer Garden
16 likes
Like

“To have hope is to have the strength to endure. It’s a much stronger emotion than fear. If you have the choice to choose hope or fear, choose hope.”
― Abby McCarthy, Wreck You
3 likes
Like

“I have known many, liked not a few, loved only one, I drink to you.”
― Abby McCarthy, Wreck You
3 likes
Like

Carey Heywood
author of
Him

Thank you for the friend request!

Thanks for adding me, Abby! :D

Hi Abby! Thanks for friend invite :)

Hi Abby! Thanks for friend invite :)

Hi Abby, thanks for the friend invite :)

Hi Abby! Sorry to be so pokey about responding, I got behind and took a bit of a GR break, but am back now and look forward to catching up with you on all things bookish! Hope you're feeling well and hanging in there, excited to hear all about your new addition! <3 you, Abby,
Fred