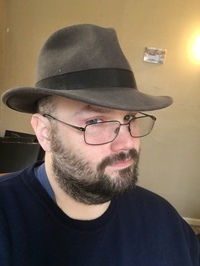 Last year I ranked the films I watched in three categories: The Good, The Bad, and The Ugly. This year’s film recap, I only watched 23 films that released during 2019. Because of that, I am categorizing this year’s list into two halves: The Worst and the Best. So, without any further ado, here are […]
View more on James Master's website »
Like  •  0 comments  •  flag

James Master is currently reading
A Velocity of Being: Letters to A Young Reader
by Maria Popova (Goodreads Author)
bookshelves: currently-reading

“You can get so confused
that you'll start in to race
down long wiggled roads at a break-necking pace
and grind on for miles across weirdish wild space,
headed, I fear, toward a most useless place.
The Waiting Place...”
― Dr. Seuss, Oh, the Places You'll Go!