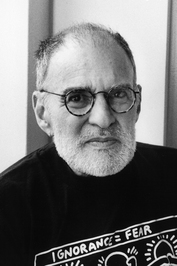 “There will always be enemies. Time to stop being your own.”
― Larry Kramer, Faggots
24 likes
Like

“I belong to a culture that includes Proust, Henry James, Tchaikovsky, Cole Porter, Plato, Socrates, Aristotle, Alexander the Great, Michelangelo, Leonardo da Vinci, Christopher Marlowe, Walt Whitman, Herman Melville, Tennessee Williams, Byron, E.M. Forster, Lorca, Auden, Francis Bacon, James Baldwin, Harry Stack Sullivan, John Maynard Keynes, Dag Hammarskjold… These are not invisible men. Poor Bruce. Poor frightened Bruce. Once upon a time you wanted to be a soldier.
Bruce, did you know that an openly gay Englishman was as responsible as any man for winning the Second World War? His name was Alan Turing and he cracked the Germans' Enigma code so the Allies knew in advance what the Nazis were going to do — and when the war was over he committed suicide he was so hounded for being gay. Why don't they teach any of this in the schools? If they did, maybe he wouldn't have killed himself and maybe you wouldn't be so terrified of who you are. The only way we'll have real pride is when we demand recognition of a culture that isn't just sexual. It's all there—all through history we've been there; but we have to claim it, and identify who was in it, and articulate what's in our minds and hearts and all our creative contributions to this earth. And until we do that, and until we organize ourselves block by neighborhood by city by state into a united visible community that fights back, we're doomed. That's how I want to be defined: as one of the men who fought the war.”
― Larry Kramer, The Normal Heart
tags: aids, epidemic, equality, gay, homosexual, lgbtq, love, medicine, relationships
10 likes
Like