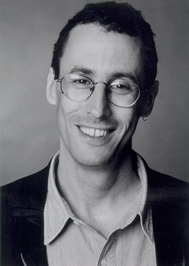 Born
in New York, New York, The United States
July 16, 1956
Genre
Literature & Fiction
edit data
Tony Kushner is an award-winning American playwright most famous for his play Angels in America, for which he was awarded the Pulitzer Prize. He is also co-author, along with Eric Roth, of the screenplay of the 2005 film Munich, which was directed by Steven Spielberg and earned Kushner (along with Roth) an Academy Award nomination for Best Adapted Screenplay.

“In this world, there is a kind of painful progress. Longing for what we've left behind, and dreaming ahead.”
― Tony Kushner, Perestroika
926 likes
Like

“Night flight to San Francisco; chase the moon across America. God, it’s been years since I was on a plane. When we hit 35,000 feet we’ll have reached the tropopause, the great belt of calm air, as close as I’ll ever get to the ozone. I dreamed we were there. The plane leapt the tropopause, the safe air, and attained the outer rim, the ozone, which was ragged and torn, patches of it threadbare as old cheesecloth, and that was frightening. But I saw something that only I could see because of my astonishing ability to see such things: Souls were rising, from the earth far below, souls of the dead, of people who had perished, from famine, from war, from the plague, and they floated up, like skydivers in reverse, limbs all akimbo, wheeling and spinning. And the souls of these departed joined hands, clasped ankles, and formed a web, a great net of souls, and the souls were three-atom oxygen molecules of the stuff of ozone, and the outer rim absorbed them and was repaired. Nothing’s lost forever. In this world, there’s a kind of painful progress. Longing for what we’ve left behind, and dreaming ahead. At least I think that’s so.”
― Tony Kushner, Perestroika
tags: hope
240 likes
Like

“You have a good heart and you think the good thing is to be guilty and kind but it's not always kind to be gentle and soft, there's a genuine violence softness and kindness visit on people. Sometimes self-interested is the most generous thing you can be. ”
― Tony Kushner, Perestroika
tags: guilt, selfishness
152 likes
Like

Which book would you like to read for April/May?

Is this you? Let us know. If not, help out and invite Tony to Goodreads.