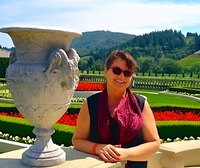 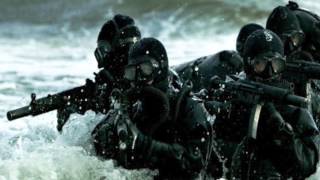 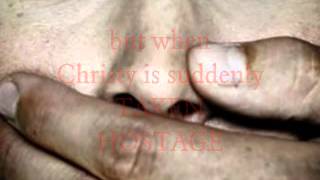 Lives in wine country, Northern California. When not writing, she is getting vera vera dirty in her flower and vegetable gardens.

My blog has moved. It is now posting directly on my websi...

My blog has moved. It is now posting directly on my website. Please visit me at sharonhamiltonauthor.com
View more on Sharon Hamilton's website »
Like  •  0 comments  •  flag

Sharon Hamilton rated a book it was amazing
Getting Lucky In Love (The Love Vixen, #3)
by Dylann Crush (Goodreads Author)
bookshelves: currently-reading

More of Sharon's books…
Quotes by Sharon Hamilton  (?)
Quotes are added by the Goodreads community and are not verified by Goodreads. (Learn more)
“Yes, he had to admit to himself, he liked dating bookish girls who didn’t give him any trouble. And he found girls who read a lot had wonderful imaginations too, which certainly didn’t hurt in the sack.”
― Sharon Hamilton, SEAL of My Heart
2 likes
Like

“It was part of what made his relationship so special with Kate. They had fragile hours, fragile times that could be brought to an abrupt end so easily. And he wanted to do his job. He wanted to be the guy everyone depended on. And yes, even with the potential of sacrifice, he still wanted to do it.”
― Sharon Hamilton, SEAL of My Heart
1 likes
Like

“inside her, loving her, tasting her.”
― Sharon Hamilton, Fallen SEAL Legacy
1 likes
Like

“I was dead until you found me, though I breathed. I was sightless, though I could see. And then you came...and I was awakened.”
― J.R. Ward, Lover Awakened
tags: zsadist
2702 likes
Like

“I will never quit. My nation expects me to be physically harder and mentally stronger than my enemies. If knocked down I will get back up, every time. I will draw on every remaining ounce of strength to protect my teammates and to accomplish our mission. I am never out of the fight.”
― Marcus Luttrell, Lone Survivor: The Eyewitness Account of Operation Redwing and the Lost Heroes of SEAL Team 10
tags: military
113 likes
Like

“We know about bad guys, what they do, and often, who they are. The politicians have chosen to send us into battle, and that's our trade. We do what's necessary. And in my view, once those politicians have elected to send us out to do what 99.9 percent of the country would be terrified to undertake, they should get the hell out of the way and stay there.

This entire business of modern war crimes, as identified by the liberal wings of politics and the media, began in Iraq and has been running downhill ever since. Everyone's got to have his little hands in it, blathering on about the public's right to know.

Well, the view of most Navy SEALs, the public does not have that right to know, not if it means placing our lives in unnecessary peril because someone in Washington is driving himself mad worrying about the human rights of some cold-hearted terrorist fanatic who would kill us as soon as look at us, as well as any other American at whom he could point that wonky old AK of his.”
― Marcus Luttrell, Lone Survivor: The Eyewitness Account of Operation Redwing and the Lost Heroes of SEAL Team 10
52 likes
Like

“These men of the special forces have had other optinos in their lives, other paths, easier paths they could have taken. But they took the hardest path, that narrow causeway that is not for the sunshine patriot. They took the one for the supreme patriot, the one that may require them to lay down their lives for the United States of America. The one that is suitable only for those who want to serve their country so bad, nothing else matters. That's probably not fashionable in our celebrity-obsessed modern world. But special forces guys don't give a damn about that either.....They are of course aware of a higher calling, because they are sworn to defend this country and to fight its battles.”
― Marcus Luttrell, Lone Survivor: The Eyewitness Account of Operation Redwing and the Lost Heroes of SEAL Team 10
24 likes
Like

Thanks for connecting, hon! Muah!

Thank you for the friend invitation!

Tastes of Love & Evil
I'm loving this second in the series by Barbara Monajem.