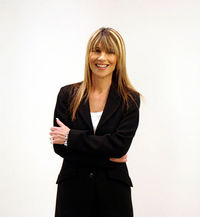 “Daddy.” I looked up towards my Heavenly Father in His garden. “Daddy, what is happening?” “Your wounds are the wounds of a great battle, beloved. “The glass that falls from your head is trauma. “The more you play, the more you rest as a little child in My presence, and the more healing of your body and your mind takes place on Earth. “Every time shards of jagged glass fall from your head it means that the trauma is falling from your mind. “Beloved, many in My Church do not yet understand how to heal those that have been wounded in battle. “That is why it is so important that every wounded warrior runs directly to Me. “For in this present Church age it is sometimes I, and I alone, who can bring the healing balm that is essential to heal the wounds of this present age.”
― Wendy Alec, Visions From Heaven: Visitations to my Father's Chamber
2 likes
Like

“Each night, as I closed my eyes, I would find myself back in the same meadow. The more I played, the more glass fell from my head. I knew that it was trauma being evicted from my body. But I thought to be healed of the trauma I should be quoting the Word incessantly... Not playing... “Rest ... rest and play....”
― Wendy Alec, Visions From Heaven: Visitations to my Father's Chamber
1 likes
Like

“Chessler squirmed in his chair. “Not entirely. In the unlikely event that the transportation of two billion Christians occurs, it could throw the entire ten kingdoms into chaos.” He lowered his voice. “It could start a world revolution against the one-world government—make the greatest case for Christianity since the resurrection.” Jason stared skeptically at his uncle. “If over a billion people got transported into the ether, with credible witnesses on hand, it would be the biggest news coup in the world.” “Precisely. Then you understand the situation, Jason —which is that we have no option.” He shrugged his shoulders. Jason frowned. “What do you mean, you have ‘no option’?” “We intend to execute a false-flag operation.” Jason’s grin evaporated. This man was serious. “An event that will have all the appearance of a weaponized bioterror attack in North America, China, Russia. A pandemic. “Of course, dear boy, it won’t be real.” Chessler looked disarmingly into Jason’s eyes “But it has to give every appearance of a pandemic: martial law, quarantine centers, mandatory vaccination . . . ” “You’re talking about body bags flown in at night . . . ” Jason’s jaw set. “Making it look like billions of people have died of ebola, smallpox, or whatever.” “Precisely. You always got to the crux of a problem, Jason. Your mother’s acumen. If the Rapture occurs, no one will ever know. VOX will communicate the event to the masses. Exclusive coverage. Media blackout except for VOX networks.” Jason looked into his coffee and stirred it distractedly. “You’re talking about a cover-up of immeasurable proportions.” “Correct again. The Rapture never occurred. Millions of Christians died with the rest of the population—a tragic bioterror event that we, the powers that be, shall blame on China.”
― Wendy Alec, A Pale Horse
1 likes
Like

Is this you? Let us know. If not, help out and invite Wendy to Goodreads.