Discover new books on Goodreads
See if your friends have read any of Marion G. Harmon's books 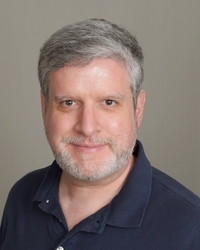 Born
Salt Lake City, The United States
Website
http://marionharmon.wordpress.com/
Genre
Science Fiction & Fantasy
Member Since
May 2011
edit data
Marion G. Harmon picked up a Masters of History degree because he likes stories. He resides in Las Vegas, where he dabbles in various aspects of financial planning while trying to get the people in his head onto the page so they’ll stop pestering him.

Addendum: M.G.Harmon still lives in Las Vegas, but has ceased telling other people how to invest their money to become a "professional author," whatever that is. He has written nine books, all about Astra and Company. They still won't leave him alone.

The Direct End of Government


Not many people remember that Patrick Henry, the fiery American patriot and founder who famously declared “Give me liberty, or give me death!” opposed the United States Constitution which replaced the Articles of Confederacy. He believed it gave too many powers to the proposed government and in particular to its Chief Executive. A revolutionary who’d risked all for independence, he di

“Everything happens for a reason. Sometimes the reason is you're stupid and make bad decisions.”
― Marion G. Harmon, Ronin Games
tags: humor, inspirational, life-lessons
8 likes
Like

“Whenever somebody asks me to define what a hero is, I remember Latane and Darley’s experiment, staging epileptic fits in front of one, two, or three observers. A solitary observer will help immediately if he’s going to help at all, but the larger the crowd the longer the delay. It’s the Bystander Effect: the wider the diffusion of responsibility, the greater the impulse to let someone else go first. The hero goes first.”
― Marion G. Harmon, Countermoves
2 likes
Like

Which Contemporary SF/F Novel do You want to Discuss with the Group in April?

“My dinner party,' Miles grated. 'It's just breaking up.' And sinking. All souls feared lost.”
― Lois McMaster Bujold, A Civil Campaign
29 likes
Like

“Some humans would do anything to see if it was possible to do it. If you put a large switch in some cave somewhere, with a sign on it saying 'End-of-the-World Switch. PLEASE DO NOT TOUCH', the paint wouldn't even have time to dry.”
― Terry Pratchett, Thief of Time
tags: humor
9887 likes
Like

We had Marion on our podcast to discuss his books, his world, his coming RPG and self publishing. He was a great guest and you can hear the interview at Nerd's Domain