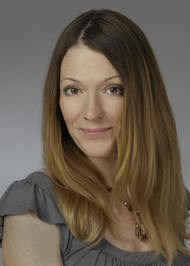 · 4,443 ratings · 525 reviews · 18 distinct works • Similar authors
More books by Rudy Simone…
Quotes by Rudy Simone  (?)
Quotes are added by the Goodreads community and are not verified by Goodreads. (Learn more)
“If a guy can‘t handle it when you talk about quantum physics, Manga, or Dungeons and Dragons, then he probably isn‘t the guy for you. If he gets embarrassed by your bluntness, you‘re probably not a good match. If he doesn‘t get your jokes, references, etc., then do you really want to pursue it? We tend to feel flawed and want to change ourselves to be accepted. We are good mimics and we think that we can mimic being the kind of girl that guys will like. By all means work on yourself, but most important, be yourself.”
― Rudy Simone, Aspergirls: Empowering Females with Asperger Syndrome
9 likes
Like

“I was also accused of lying throughout my childhood, though I was more truthful than either of my siblings. I have been accused of manipulation where it was not intended, too. (Shannon)”
― Rudy Simone, Aspergirls: Empowering Females with Asperger Syndrome
3 likes
Like

“Visual over-stimulation is a distraction from concentration and evokes the same sort of reactions as over-stimulation from noise. But the source might surprise you. Even fussy clothing moving around can be a visual distraction, or too many people in the room, or too many machines with moving parts. For those who work outside, a windy day is a triple-threat—with sound, sight, and touch all being affected. Cars moving, lights, signs, crowds, all this visual chaos can exhaust the AS person. Back in the office, too many computer screens, especially older ones with TV-style monitors, and sickly, flickering, unnatural fluorescent lighting were both high on the trigger list. The trouble with fluorescent light is threefold: Cool-white and energy-efficient fluorescent lights are the most commonly used in public buildings. They do not include the color blue, “the most important part for humans,” in their spectrum. In addition to not having the psychological benefits of daylight, they give off toxins and are linked to depression, depersonalization, aggression, vertigo, anxiety, stress, cancer, and many other forms of ill health. It’s true. There’s an EPA report to prove it (Edwards and Torcellini 2002). Flickering fluorescent lights, which can trigger epileptic seizures, cause strong reactions in AS individuals, including headaches, confusion, and an inability to concentrate. Even flickering that is not obvious to others can be perceived by some on the spectrum.”
― Rudy Simone, Asperger's on the Job: Must-have Advice for People with Asperger's or High Functioning Autism, and their Employers, Educators, and Advocates
3 likes
Like

Is this you? Let us know. If not, help out and invite Rudy to Goodreads.