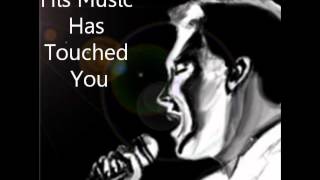 After years of combing through the dusty back shelves of libraries looking for her elusive, imperfect hero, she started writing her own.

Ruth’s romantic tales are full of wounded heroes: men physically challenged by life, but not defeated. These men overcome the difficulties of amputation, paralysis, or cerebral palsy to find acceptance, happiness, and heroines who love them exactly as they are.

What If They Always Called You A Creep?

Today I read a guest post on Dear Author by a woman named Kris who took it personally when people described the terrible behavior of Kathleen Hale as “crazy, mental, batshit, insane”, etc. She writes about how abelist it is to use words that describe mental illness to talk about someone being an asshole. As […]

The post What If They Always Called You A Creep? appeared first on Ruth Madison.

“I think life is just a process of settling for less and pretending you never wanted more." - Elizabeth”
― Ruth Madison, Whole
12 likes
Like

“She closed her eyes and enjoyed the feel of the air on her face, cooling the flush on her skin. She loved the sense fall gave that things were changing, but in predictable ways.”
― Ruth Madison, (W)hole
0 likes
Like

Literary Exploration — 1615 members — last activity Feb 14, 2020 12:08PM
Want to explore different genres? Each month we pick a different Literary book, to read and discuss. Books are picked by members via a poll.

Audrey Niffenegger
author of
The Time ...

Sizzlin Miss Kenjii wrote: "Thanks for the friend request and joining K.I.N.K. I am enjoying our discussions :)"

Thanks! I'm enjoying the discussion a lot too :)

Thanks for the friend request and joining K.I.N.K. I am enjoying our discussions :)