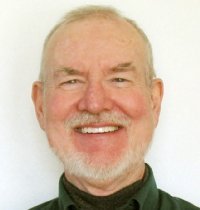 edit data
Sam Wellman, PhD, is a writer of numerous biographies. He has traveled to Germany many times and twice stayed for several months (in Berlin and Wittenberg). He blogs and tweets on Martin Luther and Frederick the Wise. He lives near Wichita, Kansas.

Heroes of the Faith (29 books)
by
Sam Wellman

“Unsaid was her conviction that all this was in preparation for some future endeavor. But what?”
― Sam Wellman, Amy Carmichael: Selfless Servant of India
2 likes
Like

“Next morning at 10 o’clock William had a unique opportunity. For it was he who would deliver the sermon for the meeting. And to the discomfort of many there he preached on Isaiah 54. “‘Enlarge the place of thy tent, and let them stretch forth the curtains of thine habitations: spare not, lengthen thy cords, and strengthen thy stakes’!” he exhorted his fellow ministers. Once again he had delivered his message of obligation to convert the heathen. Finally he concluded, “Brothers, expect great things from God. Attempt great things for God.” Young John Ryland looked shaken. “Brother Carey, I think you have proved our negligence in this cause of God.” Bringing John Ryland to the cause was a great step forward. William knew he already had one powerful ally in Andrew Fuller. But at the business meeting later, not only was no money allocated toward a missionary society but not one minister seconded William’s motion to form a society. William slumped in his chair, his mind reeling. “This”
― Sam Wellman, William Carey
0 likes
Like

“William leaped to his feet. “Is nothing going to be done again, sir?” he shouted at Fuller. He faced the ministers. “You are like Moses’ scouts who came back to Kadesh to say, ‘We saw the giants, the sons of Anak, which come of the giants: and we were in our own sight as grasshoppers...’” “But they lied,” protested one of the ministers. “Perhaps not. Perhaps they allowed their own minds, their own fears, their own doubts, to trick them.” Andrew Fuller seemed shaken. “I move to reopen for business.” “I second the motion,” said William. “All in favor, raise their hand,” said Fuller as he glared at the other ministers. A majority raised their hands!”
― Sam Wellman, William Carey
0 likes
Like


Is this you? Let us know. If not, help out and invite Sam to Goodreads.