,
Discover new books on Goodreads
See if your friends have read any of Stephen Kotkin's books 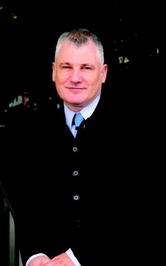 edit data
Stephen Mark Kotkin is Professor of History and director of the Program in Russian Studies at Princeton University. He specializes in the history of the Soviet Union and has recently begun to research Eurasia more generally.

really liked it 4.00 avg rating — 1 rating
Quotes by Stephen Kotkin  (?)
Quotes are added by the Goodreads community and are not verified by Goodreads. (Learn more)
“Revolutions are like earthquakes: they are always being predicted, and sometimes they come.”
― Stephen Kotkin, Stalin: Volume I: Paradoxes of Power, 1878-1928
12 likes
Like

“What we designate modernity was not something natural or automatic. It involved a set of difficult-to-attain attributes—mass production, mass culture, mass politics—that the greatest powers mastered. Those states, in turn, forced other countries to attain modernity as well, or suffer the consequences, including defeat in war and possible colonial conquest.”
― Stephen Kotkin, Stalin: Volume I: Paradoxes of Power, 1878-1928
11 likes
Like

“That such lowly beginnings would soon become one of the world’s strongest dictatorships is beyond fantastic. Lenin was essentially a pamphleteer. In 1918 he was identified as “Chairman of the Council of People’s Commissars and journalist,” and earned more money from publication honoraria (15,000 rubles) than from his salary (10,000 rubles).17 Trotsky was a writer as well, and a grandiloquent orator, but similarly without experience or training in statecraft. Sverdlov was something of an amateur forger, thanks to his father’s engraving craft, and a crack political organizer but hardly an experienced policy maker. Stalin was also an organizer, a rabble-rouser, and, briefly, a bandit, but primarily a periodicals editor—commissar of nationalities was effectively his first regular employment since his brief stint as a teenage Tiflis weatherman. Now,”
― Stephen Kotkin, Stalin: Volume I: Paradoxes of Power, 1878-1928
4 likes
Like

Is this you? Let us know. If not, help out and invite Stephen to Goodreads.