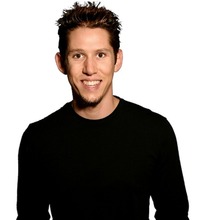 Hal Elrod is currently reading
Choose: The Single Most Important Decision Before Starting Your Business
by Ryan Levesque
bookshelves: currently-reading

Hal Elrod is currently reading
The New Psycho-Cybernetics: The Original Science of Self-Improvement and Success That Has Changed the Lives of 30 Million People
by Dan S. Kennedy
bookshelves: currently-reading

“Discipline creates lifestyle.”
― Hal Elrod, The Miracle Morning: The Not-So-Obvious Secret Guaranteed to Transform Your Life: Before 8AM
32 likes
Like

“The way to have good ideas is to get close to killing yourself. It’s like weightlifting. When you lift slightly more than you can handle, you get stronger. In life, when the gun is to your head, you either figure it out, or you die.”
― Claudia Azula Altucher, Become An Idea Machine: Because Ideas Are The Currency Of The 21st Century
6 likes
Like

“ideas are the new currency”
― Claudia Azula Altucher, Become An Idea Machine: Because Ideas Are The Currency Of The 21st Century
3 likes
Like

“When an idea has electricity in it you will have no choice but to move into action. And you will love it because it will set your heart on fire.”
― Claudia Azula Altucher, Become An Idea Machine: Because Ideas Are The Currency Of The 21st Century
2 likes
Like

“For now, the Simple Daily Practice means doing ONE thing every day. Try any one of these things each day: A) Sleep eight hours. B) Eat two meals instead of three. C) No TV. D) No junk food. E) No complaining for one whole day. F) No gossip. G) Return an e-mail from five years ago. H) Express thanks to a friend. I) Watch a funny movie or a stand-up comic. J) Write down a list of ideas. The ideas can be about anything. K) Read a spiritual text. Any one that is inspirational to you. The Bible, The Tao te Ching, anything you want. L) Say to yourself when you wake up, “I’m going to save a life today.” Keep an eye out for that life you can save. M) Take up a hobby. Don’t say you don’t have time. Learn the piano. Take chess lessons. Do stand-up comedy. Write a novel. Do something that takes you out of your current rhythm. N) Write down your entire schedule. The schedule you do every day. Cross out one item and don’t do that anymore. O) Surprise someone. P) Think of ten people you are grateful for. Q) Forgive someone. You don’t have to tell them. Just write it down on a piece of paper and burn the paper. It turns out this has the same effect in terms of releasing oxytocin in the brain as actually forgiving them in person. R) Take the stairs instead of the elevator. S) I’m going to steal this next one from the 1970s pop psychology book Don’t Say Yes When You Want to Say No: when you find yourself thinking of that special someone who is causing you grief, think very quietly, “No.” If you think of him and (or?) her again, think loudly, “No!” Again? Whisper, “No!” Again, say it. Louder. Yell it. Louder. And so on. T) Tell someone every day that you love them. U) Don’t have sex with someone you don’t love. V) Shower. Scrub. Clean the toxins off your body. W) Read a chapter in a biography about someone who is an inspiration to you. X) Make plans to spend time with a friend. Y) If you think, “Everything would be better off if I were dead,” then think, “That’s really cool. Now I can do anything I want and I can postpone this thought for a while, maybe even a few months.” Because what does it matter now? The planet might not even be around in a few months. Who knows what could happen with all these solar flares. You know the ones I’m talking about. Z) Deep breathing. When the vagus nerve is inflamed, your breathing becomes shallower. Your breath becomes quick. It’s fight-or-flight time! You are panicking. Stop it! Breathe deep. Let me tell you something: most people think “yoga” is all those exercises where people are standing upside down and doing weird things. In the Yoga Sutras, written in 300 B.C., there are 196 lines divided into four chapters. In all those lines, ONLY THREE OF THEM refer to physical exercise. It basically reads, “Be able to sit up straight.” That’s it. That’s the only reference in the Yoga Sutras to physical exercise. Claudia always tells me that yogis measure their lives in breaths, not years. Deep breathing is what keeps those breaths going.”
― James Altucher, Choose Yourself
10 likes
Like

Honoree Corder
author of
You Must ...