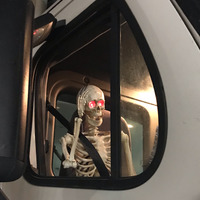 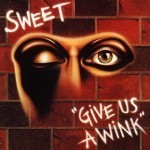 This song ranks this high mainly due to it’s longevity in my life. Long after my love of other songs by Sweet died out to just mere liking them a lot, ‘Action’ has remained a favorite, albeit one I don’t listen to nearly as much as I used to.

As you may expect, I do tend to be reminded of when the record was released when I listen to it, thus I’m in the 6th Grade again in my mind. I had no friggin’

“Oh, what strange wonderful clocks women are. They nest in Time. They make the flesh that holds fast and binds eternity. They live inside the gift, know power, accept, and need not mention it. Why speak of time when you are Time, and shape the universal moments, as they pass, into warmth and action? How men envy and often hate these warm clocks, these wives, who know they will live forever.”
― Ray Bradbury, Something Wicked This Way Comes
tags: women
154 likes

“Love consists of this: two solitudes that meet, protect and greet each other. ”
― Rainer Maria Rilke
tags: poetry
1507 likes

“Drink your tea slowly and reverently, as if it is the axis on which the world earth revolves - slowly, evenly, without rushing toward the future.”
― Thich Nhat Hanh
tags: attributed, inspirational, life, present, unsourced
562 likes

“I must not fear. Fear is the mind-killer. Fear is the little-death that brings total obliteration. I will face my fear. I will permit it to pass over me and through me. And when it has gone past I will turn the inner eye to see its path. Where the fear has gone there will be nothing. Only I will remain.”
― Frank Herbert, Dune
tags: bene-gesserit, fear, litany-against-fear, motivational, scifi
13762 likes

I wanted to leave you some words and let you know I've been following your links. I was provoked by your blog on coffee and cigarettes, being the dyed-in-the-wool poet/librarian that I am - and I signed up to get updates as they are produced. My choice of coffee is a store generic version of Columbian mixed with a touch of "J'Maican Me Crazy" ... and I still smoke menthols (I know, I know ... but it could have been worse - I could have been drinking quarts of gin daily instead). Very enjoyable - and who doesn't love Otis Redding and Peggy Lee? For me, the songs I'd have chosen from these two fine and smoky voices would be Otis singing"Dock of the Bay", "I've Been Loving You Too Long" and yes, "Respect" (even though Aretha grabbed it and ran with it, I still love the original) ... and, of course, Peggy Lee's ever so sultry rendition of "Fever". (Bruce Springsteen also has a song called "Fever", but it's different in a very good way.) From there, I followed the trail of toast crumbs to Amazon, where I got a very small peek at your book, "Tender Mercies" - which just happens to be one of my most favorite phrases in the entire world of language. Although the preview was a short one, I clicked the "surprise me" button on the preview and read three very fine slices of brevity. (Which kind of explains why I rated it 5 stars and still clicked on "want to read", eh?) Simple ideas swirling through a universe of complexity and chaos, a small corner in which to discover that complexity has been found pouting, then explained ... and finally, put to bed with a cup of hot chocolate. So here we have all these things in common, although they are not so random and wild enough to cause great alarm: Columbia, cats, coffee and cigarettes, The Book Times (as brief as it was, it was a comet in the night to anticipate), the lady Elaine (I have a dear friend by that name), the Midwest, sweet soul music, Ray Bradbury, Rainer Maria Rilke, Thích Nhất Hạnh, pie and poetry. So, a gift is now due. Perhaps you've read them before. I have a sepia photograph of S.L.C. with his beloved kitty perched on his shoulder, looking just as pensive as can be and another black and white photo of S.L.C. in his rocking chair, his cat nearby (they never let their toys out of sight for long, you know).

Here are three of my favorite quotations by this other favorite author who also gainfully employed the name of Mark ... and I'm pretty sure he liked pie, too:

"If you hold a cat by the tail, you learn things you cannot learn any other way."

"When a man loves cats, I am his friend and comrade without further introduction."

"Of all God's creatures there is only one that cannot be made the slave of the lash. That one is the cat. If man could be crossed with the cat it would improve man, but it would deteriorate the cat."
— Mark Twain, Notebook, 1894

One final quote that you may find amusing, as it is so very true; the source is unknown:

Have a lovely Sunday. May winter bluster his way out the door quickly and let that idiot April come in, babbling as she does.