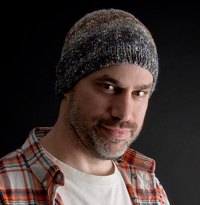 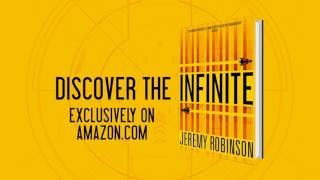 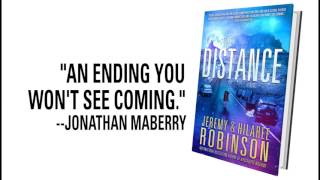 I miss the Chess Team. When are Jack and the team going to break Deep Blue out of prison?
Jeremy Robinson Sorry for the slow reply! But good news, EMPIRE comes out TOMORROW! April 26. Hope you enjoy it!
flag

I just finished writing "Feast." It'…more(I know I am late on this one, so you will have to let me know which book you are asking about. With that said...)

I just finished writing "Feast." It's the sequel to "Hunger." My friend Christopher (who now hosts the Beware Of Monsters podcast) was really getting into local food. He and his wife even have a cow. He was telling me all this stuff about what was being done to industrial food and a lot of legal trickery some major companies had done to get very weird things into the food supply. He would also tell me about what different synthetics supposedly did to the body. He was going off on this a lot. Then I thought, what if it's all true and one of these companies created a food that was resistant to everything. What if it also changed the people who ate it. So now the people like Christopher who are "off the grid" for their food are the only one's safe from becoming a monster, but they have to survive in this world where anyone who was eating the food is becoming a monster. That just seemed like an awesome ride to me.
(less)
flag
See all 12 answers from Jeremy Robinson…

KHAOS Audio! And a Secret Book!

That’s right folks. The KHAOS audiobook is finally available! If that’s why you’re here, go ahead and order it now! But keep reading, because I’ve also just released a SECRET BOOK that no one knew I was making. “Whhhhaaaaa?” you say. “Who makes a book in secret and then releases it just a few weeks […]
View more on Jeremy Robinson's website »
3 likes · Like  •  0 comments  •  flag

More of Jeremy's books…
Quotes by Jeremy Robinson  (?)
Quotes are added by the Goodreads community and are not verified by Goodreads. (Learn more)
“Chaos is only chaos to the people who aren’t expecting it.”
― Jeremy Robinson, Island 731
12 likes
Like

“This is what they mean by 'ghost town', she thought. It truly feels like a place frozen in time”
― Jeremy Robinson, Callsign: Queen (Zelda Baker)
tags: chernobyl, ghost, orobot, pripyat, queen, town, werewolf
6 likes
Like

“The hallway grew darker still as the big door closed over several guards’ bodies behind them with a crunchy squish.”
― Jeremy Robinson, SecondWorld
5 likes
Like

“Listen to your gut, her father was fond of saying, but make up your own damn mind.”
― Jeremy Robinson, Flood Rising
tags: decision-making, inspirational
1 likes
Like

“Chaos is only chaos to the people who aren’t expecting it.”
― Jeremy Robinson, Island 731
12 likes
Like

“The hallway grew darker still as the big door closed over several guards’ bodies behind them with a crunchy squish.”
― Jeremy Robinson, SecondWorld
5 likes
Like

“This is what they mean by 'ghost town', she thought. It truly feels like a place frozen in time”
― Jeremy Robinson, Callsign: Queen (Zelda Baker)
tags: chernobyl, ghost, orobot, pripyat, queen, town, werewolf
6 likes
Like

Hey! I'm running into you all over the web!

Thanks for the friend request !

Hi Jeremy,
I have read KRONOS and am proud to count you as a friend on Goodreads.
Although I mostly write crime thrillers (particularly as regards feature film scripts) most of my shorter novella are science fiction and I'm trying to launch a magazine dedicated to plot driven "dark fiction" of various sorts. Keep in touch and we'll talk soon.
Roger

I just finished reading "Raising The Past". What a great book!

Hi and thanks for writing good books. I really enjoyed reading The Didymus Contingency. I'm about to start "Raising The Past" and I'm sure I will enjoy it. Thanks for being a friend.

Hi & thank you for being a friend on Good Reads!