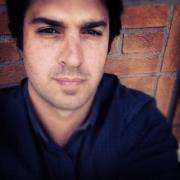 This will prevent André from sending you messages, friend request or from viewing your profile. They will not be notified. Comments on discussion boards from them will be hidden by default.
Sign in to Goodreads to learn more about André.

“The islanders, they write: carried out for us the experiment of permitting unrestricted population growth, profligate use of resources, destruction of the environment and boundless confidence in their religion to take care of the future. The result was an ecological disaster leading to a population crash…. Do we have to repeat the experiment on [a] grand scale?… Is the human personality always the same as that of the person who felled the last tree?”
― Ronald Wright, A Short History of Progress
3 likes

“Some of those solutions include halting population growth, limiting or eliminating nuclear weapons, developing peaceful means for solving international disputes, reducing our impact on the environment, and preserving species and natural habitats.”
― Jared Diamond, The Rise And Fall Of The Third Chimpanzee: Evolution and Human Life
1 likes

“Sun had hit $1 billion in sales within four years. McNealy did it by smartly targeting a customer base that had money to spend—corporate R&D departments, the U.S. military, and the National Laboratories, a less glamorous but much more affluent set of customers than the universities Steve went after. Sun next went after Wall Street, which was just beginning to discover the power of using computers to identify quick trading opportunities. These customers didn’t much care what the computers looked like, as long as they had big screens and could handle multiple computing threads simultaneously. Sun succeeded by identifying the market’s real need, by delivering just that product, and by keeping its machines reasonably affordable. NeXT failed at all of that. In fact, NeXT didn’t actually sell its first computer until almost a year after that splashy debut in Davies Hall—four full years after Steve had started the company.”
― Brent Schlender, Becoming Steve Jobs: The Evolution of a Reckless Upstart into a Visionary Leader
0 likes

“Animal populations that for one reason or another escaped control by predators and parasites have in some cases also escaped their own internal controls on their numbers, multiplied until they damaged their resource base, and occasionally have eaten their way into extinction.”
― Jared Diamond, The Rise And Fall Of The Third Chimpanzee: Evolution and Human Life
4 likes

“Our word “lord” comes from the Old English hlaford, or “loafward,” he who guarded the bread supply — and was expected to share it.”
― Ronald Wright, A Short History of Progress
3 likes

Thich Nhat Hanh
author of: Peace Is Every Step: The Path of Mindfulness in Everyday Life
More…

Polls voted on by André