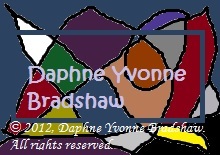 This will prevent Daphne from sending you messages, friend request or from viewing your profile. They will not be notified. Comments on discussion boards from them will be hidden by default.
Sign in to Goodreads to learn more about Daphne.

“Cults are not full of the strong, they are full of the weak. Hyperianism is all about strength. Hyperians are willing to be members of the “Cult of Reason” – because that is of course the supreme irony. Reason is the cult-buster. Every actual cult seeks to deprive you of your reason, and never apply clear and critical thinking to the cult. The Cult of Reason, by contrast, gives you the exact tools to see through everything, hence is the sole defense against cults. Is mathematics a cult? How could it be? It is nothing but the unfolding of reason and logic. The hilarious thing is that a group devoted to promoting reason and logic is regarded as a “cult” by cretins promoting innumerable versions of unreason and illogic. It is opposition to reason and logic – to rationalism – that constitutes cultic behavior.”
― Joe Dixon, Take Them to the Morgue
tags: cult-of-reason, irrationalism
1 likes

“But what’s worse than that is the slaves who identified with their masters, as if the slaves’ value as human beings depended on what the masters were like. What they were like was evil! They were called “masters” because they owned human beings! And we slaves were ready to fight each other over which of the lowdown filthy dogs who owned us was the best! But it wasn’t the slaves’ fault. Like Douglass wrote, slaves are like other people. When you think about it, it’s a wonder more black folks didn’t fight with one another instead of fighting against the white man the way Denmark Vesey, Nat Turner, David Walker, and a whole lot of others did. While you’re busy shaking your head thinking they were stupid, ask yourself this: are we any better today? Black people put on the uniform of the U.S. military, our masters, and go to Vietnam, Iraq, Afghanistan, and anywhere else Uncle Sam tells us to go, and fight and kill yellow-skinned folks and brown-skinned folks on behalf of the United States, our masters—just like slaves fighting other slaves. Meanwhile, back home, one out of every half-dozen blacks is locked up for committing the same drug crimes as white dudes who walk around free. What’s wrong with that picture? Then you’ve got blacks in police uniforms out there arresting other innocent blacks. Blacks in America really need to study the Jews in Germany. Those Jews never thought they were part of Hitler’s system, most of them never sided with the people oppressing them. We do. We go to war. What kind of abomination is that? How many blacks go to war because we can’t find a job, and are willing to kill or be killed just so we can feed ourselves and our families? But remember, our already-free Maroon ancestors risked all of that just to free others. Getting back to Frederick Douglass, it’s like he said: Slaves are like other people. Too many of us have that slave mentality. It can take a lot to get past that, but a lot of us have, and Frederick Douglass was one.”
― Dick Gregory, Defining Moments in Black History: Reading Between the Lies
1 likes

“When one nation is able to control the telling of their own history for hundreds of years, a mythology forms that allows injustice, oppression, exploitation, and even war crimes to be seen as benign and even to possibly be honored and celebrated.”
― Mark Charles, Unsettling Truths: The Ongoing, Dehumanizing Legacy of the Doctrine of Discovery
3 likes

“Someone said to me the other day, 'you speak of peace because you are afraid to fight'. I smiled and replied, you are absolutely right, I am terrified of fighting, you know why, because if I raise my hands at someone, there'll be no trace of them left. It's ridiculously easily to take life, especially for a biologist with martial arts training, but what makes a human is the capacity to give life.”
― Abhijit Naskar, Heart Force One: Need No Gun to Defend Society
tags: brainy-quotes, kung-fu, martial-arts, martial-arts-training, peace-activist, peacemaker, pearls-of-wisdom, philosophy-of-martial-arts, violence, world-peace
2 likes

“The Stupid Stupid people are highly motivated to dismiss any unfamiliar ideas as rapidly as possible so that they can go on clinging to their existing silly, retarded belief systems. These morons specialize in “zingers” – cretinous one-liners that they imagine are definitive refutations, but which are always comically and extravagantly ignorant and ill-informed – accompanied by inevitable ad hominem insults. That’s the way these clowns roll. They are natural-born trolls. Trolling is simply acidic stupidity. Smart people, by complete contrast, are interested in unfamiliar ideas and research and study them.”
― Joe Dixon, Take Them to the Morgue
tags: closed-mindedness, self-termining-cliches, trolls
1 likes

Polls voted on by Daphne