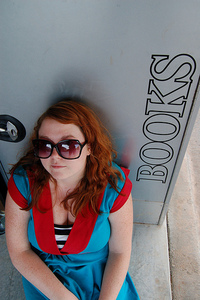 This will prevent jess from sending you messages, friend request or from viewing your profile. They will not be notified. Comments on discussion boards from them will be hidden by default.
Sign in to Goodreads to learn more about jess.

Goodbye, Vitamin by Rachel Khong
1 highlight
What imperfect carriers of love we are, and what imperfect givers.
Ehrrin liked this
See jess’s 8 books with notes and highlights…

“Inside the castle hovered a shadow version of him, alone, watching this full, well-lit house from the other’s emptiness. Looking through the glass, he was divided in two. He saw himself with the family around him.

Glad of it. Almost proud.

As a parent might be. He was his own parent.

He’d learned to be alone, walking. And it was still good now and then. For thought. For recognition.

But being alone was also a closed loop. A loop with a slipknot, say. The loop could be small or large, but it always returned to itself.

You had to untie the knot, finally. Open the loop and then everything sank in. And everyone.

Then you could see what was true—that separateness had always been the illusion. A simple trick of flesh.

The world was inside you after that. Because, after all, you were made of two people only at the very last instant.

Before that, of a multiplication so large it couldn’t be fathomed. Back and back in time. A tree in a forest of trees, where men grew from apes and birds grew from dinosaurs.

The air. And the vapor. Suspended.

It was the fear and loneliness that came in waves that often stopped him from remembering the one thing. The one thing and the greatest thing.

Frustrating: he could only ever see it for a second before he lost sight of it again. Released his grip. Let it slip away into the vague background.

But it had to be held close, the tree.

In the dark, when nothing else was sure, the soaring tree sheltered you. Almost the only thing you had to see before you slept.

How you came not from a couple or a few but from infinity.

So you had no beginning. And you would never end.”
― Lydia Millet, Dinosaurs

“Zweisamkeit’ is the feeling of being alone even when you’re with other people.” Simon turned to look in his husband’s eyes. “Before I met you, I felt this constantly. I felt it with my family, my friends, and every boyfriend I ever had. I felt it so often that I thought this was the nature of living. To be alive was to accept that you were fundamentally alone.” Simon’s eyes were moist. “I know I’m impossible, and I know you don’t care about German words or marriage. All I can say is, I love you and thank you for marrying me anyway.”
― Gabrielle Zevin, Tomorrow, and Tomorrow, and Tomorrow
20 likes

“Sometimes you just have to live with that,” said Robbie. “Someone’s hurt, you don’t know what you did, and that’s … it. That’s all there is. It doesn’t make you a bad person.”
― Gretchen Felker-Martin, Manhunt
2 likes

The 2019 Tournament of Books Longlist

Polls voted on by jess