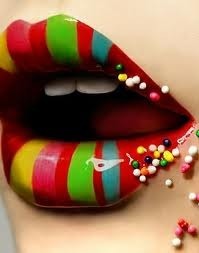 This will prevent Tash from sending you messages, friend request or from viewing your profile. They will not be notified. Comments on discussion boards from them will be hidden by default.
Sign in to Goodreads to learn more about Tash.

“I turn to head outside when the boys make their way back into the house. Kel stops in the doorway and puts his hands on his hips, then looks up at me.
“Are you my sister’s boyfriend?”
I’m thrown off by his directness. I pull my jacket on and shake my head. “Um, no. Just her friend.”
“She told my mom you were taking her on a date. I thought only boyfriends took girls on dates.”
“Well,” I pause. “Sometimes boys take girls on dates to see if they want them to be their girlfriend.”
I notice Caulder standing beside me, taking in the conversation as if he’s just as curious. I wasn’t prepared to have to explain the rules of dating right now.
“So it’s like a test?” Caulder asks. “To see if you want Layken to be your girlfriend?”
I shrug and nod. “Yeah, I guess you could say that.”
Kel laughs. “You aren’t gonna like her. She burps a lot. And she’s bossy. And she never lets me drink coffee, so she probably won’t let you have any, either. And she has really bad taste in music and sings way too loud and leaves her bras all over the house. It’s gross.”
I laugh. “Thanks for the warning. You think it’s too late to back out now?”
Kel shakes his head, missing my sarcasm completely. “No, she’s already dressed so you have to take her now.”
I sigh, pretending to be annoyed. “Well, it’s just a few hours. Hopefully she won’t burp a lot and boss me around and steal my coffee and sing to her really bad music and leave her bra in my car.”
Or hopefully she will.”
― Colleen Hoover, This Girl

“If you touch me like that again, Evangeline,” he began in a husky tone, dropping to his seat once more, “in the space of a heartbeat, I will have you off this bike and onto the closest horizontal surface. And I woan be picky, no.”
― Kresley Cole, Poison Princess
179 likes

“In third grade I thought I loved her - by sixth grade, I was sure of it”
― Emma Chase, Overruled
tags: funny, lawyers, romance, sexy
16 likes

“FROM A WILD NIGHT'S BRIDE by Victoria Vane:
His gaze glued to the bed, Ned made a mechanical backward retreat to the center of the room where he had a clearer prospect of its crowning glory. His vision rose to the top of the headboard, to the heraldic shield seated betwixt the carved figures of a lion and a unicorn. His gaze slid with dread to the engraved scroll beneath. Dieu Et Mon Driot. God and my right, the motto of the king. His chest seized. The room began to spin. He looked to Phoebe, aware that the blood was draining from his face, and that his voice emerged as a strangled sound. "May the same God save me...for I'm going to be hung, drawn, and quartered for spending last night rutting in the King of England's bed!" coming April 27, 2012 from Breathless Press”
― Emery Lee
tags: erotic-historical-romance
5 likes

“from THE DEVIL YOU KNOW :
She wanted him too. He could see it in the rapid rise of her breasts. He could smell her budding arousal and would relish bringing her to full bloom. God, how he loved this dance! She had taken the first tentative steps, yet she still fought her desire, refused to give in to it, but he would lead her now. He was a master…and a ruthless bastard.”
― Victoria Vane, The Devil You Know
coming July 27, 2012 from Breathless Press”
― Emery Lee

Aussie Readers — 6073 members — last activity 7 minutes ago
A group for all Australian Goodreads members (and those interested in Australia), no matter what they read!

Manda Collins
author of: A Lady's Guide to Mischief and Mayhem

Sofie Hartley
author of: Finding Me

Polls voted on by Tash