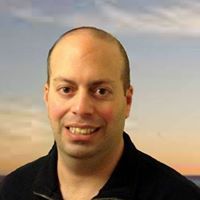 This will prevent Robert from sending you messages, friend request or from viewing your profile. They will not be notified. Comments on discussion boards from them will be hidden by default.
Sign in to Goodreads to learn more about Robert.

Robert Williger is currently reading
Write a Must-Read: Craft a Book That Changes Lives--Including Your Own
by Aj Harper
bookshelves: currently-reading

See all 127 books that Robert is reading…

“If the Pentateuch is inspired, the civilization of of our day is a mistake and crime. There should be no political liberty. Heresy should be trodden out beneath the bigot's brutal feet. Husbands should divorce their wives at will, and make the mothers of their children houseless and weeping wanderers. Polygamy ought to be practiced; women should become slaves; we should buy the sons and daughters of the heathen and make them bondmen and bondwomen forever. We should sell our own flesh and blood, and have the right to kill our slaves. Men and women should be stoned to death for laboring on the seventh day. 'Mediums,' such as have familiar spirits, should be burned with fire. Every vestige of mental liberty should be destroyed, and reason's holy torch extinguished in the martyr's blood.”
― Robert G. Ingersoll, Some Mistakes of Moses
tags: bible, bigot, brutal, burning, christianity, civilization, crime, death-penalty, divorce, forever, heathen, heresy, holy, husbands, inspired, judaism, kill, liberty, martyr, mental, mistake, mothers, murder, pentateuch, politics, polygamy, sabbath, sell, slaves, spirits, stoning, the-bible, torth, wander, weeping
8 likes

“With every drop of my blood I hate and execrate every form of tyranny, every form of slavery. I hate dictation. I love liberty.”
― Robert G. Ingersoll, The Liberty Of Man, Woman And Child
tags: execration, hate, liberty, love, slavery, tyranny
8 likes

Our fathers were intellectual serfs, and their fathers were slaves. The makers of our creeds were ignorant and brutal. Every dogma that we have, has upon it the mark of whip, the rust of chain, and the ashes of fagot.

“Every man should stand under the blue and stars, under the infinite flag of nature, the peer of every other man.”
― Robert G. Ingersoll, The Liberty Of Man, Woman And Child
tags: equality, freedom, nature, peer
7 likes

Polls voted on by Robert