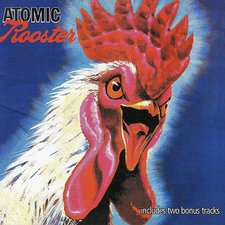 Acceptance (Southern Reach, #3) by Jeff VanderMeer
7 highlights
“No? How about ‘When you meet yourself and see a double that is you, would you feel sympathy, or would the impulse be to destroy the copy? To judge it unreal and to tear it down like any cardboard construct?’”
See John’s 5 books with notes and highlights…

“Let us pause briefly to tally the grim catalog of disasters that had befallen these two boys between 1765 and 1769: their father had vanished, their mother had died, their cousin and supposed protector had committed bloody suicide, and their aunt, uncle, and grandmother had all died. James, sixteen, and Alexander, fourteen, were now left alone, largely friendless and penniless.”
― Ron Chernow, Alexander Hamilton
0 likes

“Marie keeps asking for books about zombies and I keep telling her I can’t read nonfiction for story time, but . . ”
― Isaac Marion, Warm Bodies
1 likes

“Darkness cannot drive out darkness: only light can do that. Hate cannot drive out hate: only love can do that.”
― Martin Luther King Jr., A Testament of Hope: The Essential Writings and Speeches
tags: darkness, drive-out, hate, inspirational, light, love, peace
72203 likes

N01 Book Club — 12 members — last activity 7 hours, 35 min ago
This is the Good Reads page for a real world book club. We meet monthly at work for lunch and discuss books.

ZWV Media Group — 5 members — last activity Aug 10, 2016 10:01AM
A discussion group for the ZWV (Zombies, Werewolves and Vampires) Fiction Genre. We'd like to discuss ZWV in all media formats.