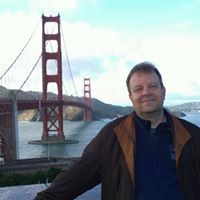 This will prevent Laurent from sending you messages, friend request or from viewing your profile. They will not be notified. Comments on discussion boards from them will be hidden by default.
Sign in to Goodreads to learn more about Laurent.

Laurent Bugnion is currently reading
The Great Influenza: The Story of the Deadliest Pandemic in History
by John M. Barry
bookshelves: currently-reading

“Shadow brushed his teeth and washed his face in the cold water of the little bathroom, and then walked back down the hall to the sitting room, turned out the light, and was asleep before his head touched the pillow.”
― Neil Gaiman, American Gods
0 likes

“Revelation, Charlie explained, predicted that locusts would come, and locusts were, of course, beetles—the Beatles. John said that the locusts would have “scales like iron breastplates”—according to Charlie, these were the Beatles’ guitars. And there was more: Revelation also told of angels coming to earth, with the first four being the Beatles. The fifth, “given the key to the shaft of the bottomless pit,” was Charlie.”
― Jeff Guinn, Manson: The Life and Times of Charles Manson
0 likes

“Howard’s eating habits, incidentally, leave quite a bit to be desired – he eats all these terrible vegetarian things, fruit and nuts. That shit’s not healthy! Human beings are carnivores – just look at our teeth! Our digestive systems are not made to handle vegetarian food. It makes you fart all the time, and you get intestinal flora. Vegetarianism is unrealistic – that’s why cows have four stomachs and we have one. Think about it. (Hi, Howard!) And don’t forget – Hitler was a vegetarian!”
― Lemmy Kilmister, White Line Fever: Lemmy: The Autobiography
5 likes

“This completely changed their way of life. We did not domesticate wheat. It domesticated us. The word ‘domesticate’ comes from the Latin domus, which means ‘house’. Who’s the one living in a house? Not the wheat. It’s the Sapiens.”
― Yuval Noah Harari, Sapiens: A Brief History of Humankind
0 likes

Polls voted on by Laurent