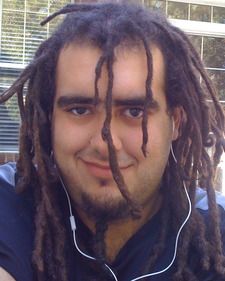 This will prevent Jerrod from sending you messages, friend request or from viewing your profile. They will not be notified. Comments on discussion boards from them will be hidden by default.
Sign in to Goodreads to learn more about Jerrod.

Jerrod is currently reading
The Hero With a Thousand Faces
by Joseph Campbell
bookshelves: currently-reading

See all 6 books that Jerrod is reading…

“I suppose it’s no surprise that we feel the need to dehumanize the people we hurt—before, during, or after the hurting occurs. But it always comes as a surprise. In psychology it’s known as cognitive dissonance. It’s the idea that it feels stressful and painful for us to hold two contradictory ideas at the same time (like the idea that we’re kind people and the idea that we’ve just destroyed someone). And so to ease the pain we create illusory ways to justify our contradictory behavior.”
― Jon Ronson, So You've Been Publicly Shamed
59 likes

“[They] agreed that it was neither possible nor necessary to educate people who never questioned anything.”
― Joseph Heller, Catch-22
527 likes

“I couldn't live a week without a private library - indeed, I'd part with all my furniture and squat and sleep on the floor before I'd let go of the 1500 or so books I possess.”
― H. P. Lovecraft
tags: books, library, literature, reading, words
755 likes

“I'm quite all right. I'm not even scared. You see, I've learned from looking around, there is something worse than loneliness--and that's the fear of it.”
― Dorothy Parker, The Ladies of the Corridor
38 likes


Polls voted on by Jerrod