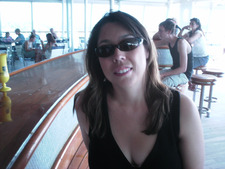 This will prevent Chat from sending you messages, friend request or from viewing your profile. They will not be notified. Comments on discussion boards from them will be hidden by default.
Sign in to Goodreads to learn more about Chat.

“A nation can survive its fools, and even the ambitious. But it cannot survive treason from within. An enemy at the gates is less formidable, for he is known and carries his banner openly. But the traitor moves amongst those within the gate freely, his sly whispers rustling through all the alleys, heard in the very halls of government itself. For the traitor appears not a traitor; he speaks in accents familiar to his victims, and he wears their face and their arguments, he appeals to the baseness that lies deep in the hearts of all men. He rots the soul of a nation, he works secretly and unknown in the night to undermine the pillars of the city, he infects the body politic so that it can no longer resist. A murderer is less to fear.”
― Taylor Caldwell, A Pillar of Iron
tags: misattributed
566 likes

“This writing does not affect reality any more than any writing does; that is to say, indirectly, but considerably.”
― Ursula K. Le Guin, Tales from Earthsea
0 likes

“What was so difficult about Macbeth done with chainsaws? Topical. Direct.”
― Margaret Atwood, Hag-Seed
1 likes

Polls voted on by Chat