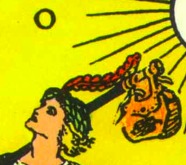 This will prevent Adam from sending you messages, friend request or from viewing your profile. They will not be notified. Comments on discussion boards from them will be hidden by default.
Sign in to Goodreads to learn more about Adam.

Adam Calhoun is currently reading
The Idea of the Brain: The Past and Future of Neuroscience
by Matthew Cobb
bookshelves: currently-reading

“But was it not true that there were people, certain individuals, whom one found it impossible to picture dead, precisely because they were so vulgar? That was to say: they seemed so fit for life, so good at it, that they would never die, as if they were unworthy of the consecration of death.”
― Thomas Mann, The Magic Mountain
15 likes

“The most difficult subjects can be explained to the most slow-witted man if he has not formed any idea of them already; but the simplest thing cannot be made clear to the most intelligent man if he is firmly persuaded that he knows already, without a shadow of doubt, what is laid before him.”
― Leo Tolstoy, The Kingdom of God Is Within You
217 likes