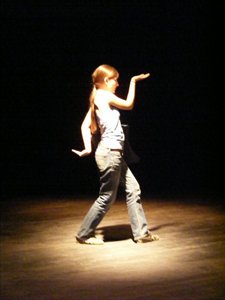 This will prevent Dido from sending you messages, friend request or from viewing your profile. They will not be notified. Comments on discussion boards from them will be hidden by default.
Sign in to Goodreads to learn more about Dido.

Dido is currently reading
Notes from Underground, White Nights, The Dream of a Ridiculous Man, and Selections from The House of the Dead
by Fyodor Dostoevsky
bookshelves: yarım-bıraktıklarım, pılım-pırtım, currently-reading

See all 13 books that Dido is reading…

“When the weather's nice, my parents go out quite frequently and stick a bunch of flowers on old Allie's grave. I went with them a couple of times, but I cut it out. In the first place, I don't enjoy seeing him in that crazy cemetery. Surrounded by dead guys and tombstones and all. It wasn't too bad when the sun was out, but twice—twice—we were there when it started to rain. It was awful. It rained on his lousy tombstone, and it rained on the grass on his stomach. It rained all over the place. All the visitors that were visiting the cemetery started running like hell over to their cars. That's what nearly drove me crazy. All the visitors could get in their cars and turn on their radios and all and then go someplace nice for dinner—everybody except Allie. I couldn't stand it. I know it's only his body and all that's in the cemetery, and his soul's in Heaven and all that crap, but I couldn't stand it anyway. I just wished he wasn't there.”
― J.D. Salinger, The Catcher in the Rye
tags: death, holden
92 likes

“Among other things, you'll find that you're not the first person who was ever confused and frightened and even sickened by human behavior. You're by no means alone on that score, you'll be excited and stimulated to know. Many, many men have been just as troubled morally and spiritually as you are right now. Happily, some of them kept records of their troubles. You'll learn from them—if you want to. Just as someday, if you have something to offer, someone will learn something from you. It's a beautiful reciprocal arrangement. And it isn't education. It's history. It's poetry.”
― J.D. Salinger, The Catcher in the Rye
tags: antolini
4808 likes

“Love has no culture, boundaries, race and religion. It is pure and beautiful like early morning sunrise falling in lake.”
― Santosh Kalwar, Quote Me Everyday
tags: inspiration
214 likes

“Goddam money. It always ends up making you blue as hell.”
― J.D. Salinger, The Catcher in the Rye
tags: holden
526 likes

Polls voted on by Dido