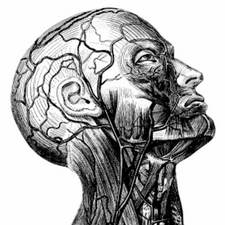 This will prevent Bryan from sending you messages, friend request or from viewing your profile. They will not be notified. Comments on discussion boards from them will be hidden by default.
Sign in to Goodreads to learn more about Bryan.

The Hate U Give (The Hate U Give, #1) by Angie Thomas
1 note & 2 highlights
Her words used to have power. If she said it was fine, it was fine. But after you’ve held two people as they took their last breaths, words like that don’t mean shit anymore.
Note.
Cathy and 1 other person liked this
See Bryan’s 6 books with notes and highlights…

“You write in order to change the world ... if you alter, even by a millimeter, the way people look at reality, then you can change it.”
― James Baldwin
292 likes

“Now, tell me. Where did you get that?” He glanced down in the direction of her accusing stare. “Oh, that! Somebody lent it to me.” He was wearing it specially. A winged penis. To meet his wife’s people. She would never understand Romans.”
― Ruth Downie, Tabula Rasa
0 likes

“There was a small public library on Ninety-third and Hooper. Mrs. Stella Keaton was the librarian. We’d known each other for years. She was a white lady from Wisconsin. Her husband had a fatal heart attack in ’34 and her two children died in a fire the year after that. Her only living relative had been an older brother who was stationed in San Diego with the navy for ten years. After his discharge he moved to L.A. When Mrs. Keaton had her tragedies he invited her to live with him. One year after that her brother, Horton, took ill, and after three months he died spitting up blood, in her arms. All Mrs. Keaton had was the Ninety-third Street branch. She treated the people who came in there like her siblings and she treated the children like her own. If you were a regular at the library she’d bake you a cake on your birthday and save the books you loved under the front desk. We were on a first-name basis, Stella and I, but I was unhappy that she held that job. I was unhappy because even though Stella was nice, she was still a white woman. A white woman from a place where there were only white Christians. To her Shakespeare was a god. I didn’t mind that, but what did she know about the folk tales and riddles and stories colored folks had been telling for centuries? What did she know about the language we spoke? I always heard her correcting children’s speech. “Not ‘I is,’ she’d say. “It’s ‘I am.’” And, of course, she was right. It’s just that little colored children listening to that proper white woman would never hear their own cadence in her words. They’d come to believe that they would have to abandon their own language and stories to become a part of her educated world. They would have to forfeit Waller for Mozart and Remus for Puck. They would enter a world where only white people spoke. And no matter how articulate Dickens and Voltaire were, those children wouldn’t have their own examples in the house of learning—the library.”
― Walter Mosley, White Butterfly
3 likes

“It’s getting late. If you’re sleepy I can finish this later.” No, it’s fine, Tsukuru said. I’m not sleepy. In fact, he’d gotten his second wind, and wanted to hear the rest of the story.”
― Haruki Murakami, Colorless Tsukuru Tazaki and His Years of Pilgrimage
0 likes

Polls voted on by Bryan