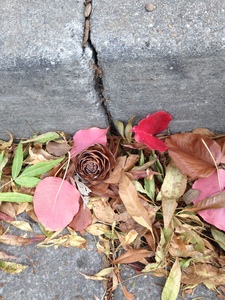 This will prevent Dorothea from sending you messages, friend request or from viewing your profile. They will not be notified. Comments on discussion boards from them will be hidden by default.
Sign in to Goodreads to learn more about Dorothea.

Dorothea is currently reading
We Wish to Inform You That Tomorrow We Will Be Killed with Our Families
by Philip Gourevitch
bookshelves: memoirs-recommended-by-mary-karr, currently-reading

“But to tear down a factory or to revolt against a government or to avoid repair of a motorcycle because it is a system is to attack effects rather than causes; and as long as the attack is upon effects only, no change is possible. The true system, the real system, is our present construction of systematic thought itself, rationality itself, and if a factory is torn down but the rationality which produced it is left standing, then that rationality will simply produce another factory. If a revolution destroys a systematic government, but the systematic patterns of thought that produced that government are left intact, then those patterns will repeat themselves in the succeeding government. There’s so much talk about the system. And so little understanding.”
― Robert M Pirsig, Zen and the Art of Motorcycle Maintenance: An Inquiry Into Values
185 likes

“Such is the life of a man. Moments of joy, obliterated by unforgettable sorrow.”
― Marcel Pagnol
33 likes

“Be patient toward all that is unsolved in your heart and try to love the questions themselves, like locked rooms and like books that are now written in a very foreign tongue. Do not now seek the answers, which cannot be given you because you would not be able to live them. And the point is, to live everything. Live the questions now. Perhaps you will then gradually, without noticing it, live along some distant day into the answer.”
― Rainer Maria Rilke
tags: ambiguity, virtue
5234 likes

“You want to know how to paint a perfect painting? It's easy. Make yourself perfect and then just paint naturally.”
― Robert M. Pirsig, Zen and the Art of Motorcycle Maintenance: An Inquiry Into Values
102 likes

reading is my hustle

Cheryl Strayed
author of: Wild: From Lost to Found on the Pacific Crest Trail
More…

Polls voted on by Dorothea