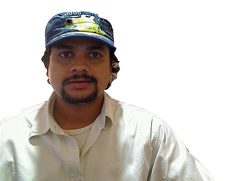 This will prevent Prashanth from sending you messages, friend request or from viewing your profile. They will not be notified. Comments on discussion boards from them will be hidden by default.
Sign in to Goodreads to learn more about Prashanth.

“No philosophy, no religion, has ever brought so glad a message to the world as this good news of Atheism.”
― Annie Wood Besant
tags: atheism, philosophy, religion
16 likes

“Many of the politicians in Delhi and Karachi, too, had once fought together against the British; they had social and family ties going back decades. They did not intend to militarize the border between them with pillboxes and rolls of barbed wire. They laughed at the suggestion that Punjabi farmers might one day need visas to cross from one end of the province to the other. Pakistan would be a secular, not an Islamic, state, its founder, Mohammad Ali Jinnah, promised: Hindus and Sikhs would be free to practice their faiths and would be treated equally under the law. India would be better off without two disgruntled corners of the subcontinent, its people were told, less”
― Nisid Hajari, Midnight's Furies: The Deadly Legacy of India's Partition
1 likes

“Atheism is more than just the knowledge that gods do not exist, and that religion is either a mistake or a fraud. Atheism is an attitude, a frame of mind that looks at the world objectively, fearlessly, always trying to understand all things as a part of nature.”
― Emmett F. Fields
tags: atheism, misattributed-to-carl-sagan, religion
1089 likes

Penn Jillette
author of: God, No! Signs You May Already Be an Atheist and Other Magical Tales

Stephen Hawking
author of: A Brief History of Time

Christopher Hitchens
author of: God Is Not Great: How Religion Poisons Everything
More…

Polls voted on by Prashanth