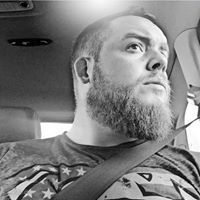 This will prevent Toby from sending you messages, friend request or from viewing your profile. They will not be notified. Comments on discussion boards from them will be hidden by default.
Sign in to Goodreads to learn more about Toby.

Moon Over Soho (Peter Grant, #2) by Ben Aaronovitch
1 note & 4 highlights
The furniture looked like John Lewis – expensive, comfortable and unimaginative.
This made me chuckle!
Jamie Lee and 1 other person liked this

“The pianist, Daniel Hossack, was a classically trained music teacher at Westminster School for the terminally privileged.”
― Ben Aaronovitch, Moon Over Soho
0 likes

“A cup brimful of sweetness cannot spill even one drop of bitter water, no matter how suddenly jarred.”
― Amy Carmichael, Candles in the Dark
46 likes

“Stephanopoulos was waiting for me inside. She was a short, terrifying woman whose legendary capacity for revenge had earned her the title of the lesbian officer least likely to have a flippant remark made about her sexual orientation. She was stocky, and had a square face that wasn’t helped by a Sheena Easton flat-top that you might have called ironic postmodern dyke chic, but only if you really craved suffering.”
― Ben Aaronovitch, Moon Over Soho
0 likes

Polls voted on by Toby