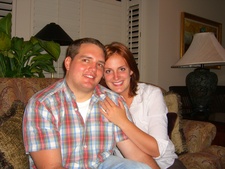 Andrew is currently reading
A Capitalism for the People: Recapturing the Lost Genius of American Prosperity
by Luigi Zingales
bookshelves: politicsandcurrentevents, business, currently-reading

Andrew rated a book it was amazing
A Path with Heart: A Guide Through the Perils and Promises of Spiritual Life
by Jack Kornfield (Goodreads Author)
bookshelves: religioushistoryspirituality, currently-reading, self-improvement

See all 6 books that Andrew is reading…

“Charity is the power of defending that which we know to be indefensible. Hope is the power of being cheerful in circumstances which we know to be desperate. It is true that there is a state of hope which belongs to bright prospects and the morning; but that is not the virtue of hope. The virtue of hope exists only in earthquake and eclipse. It is true that there is a thing crudely called charity, which means charity to the deserving poor; but charity to the deserving is not charity at all, but justice. It is the undeserving who require it, and the ideal either does not exist at all, or exists wholly for them. For practical purposes it is at the hopeless moment that we require the hopeful man, and the virtue either does not exist at all, or begins to exist at that moment. Exactly at the instant when hope ceases to be reasonable it begins to be useful.”
― G.K. Chesterton, Heretics
tags: charity, christianity
55 likes