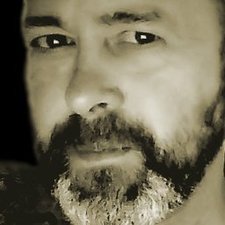 This will prevent Ron from sending you messages, friend request or from viewing your profile. They will not be notified. Comments on discussion boards from them will be hidden by default.
Sign in to Goodreads to learn more about Ron.

“When someone shows you who they are believe them; the first time.”
― Maya Angelou
tags: oprah-s-thank-you-game, people
8852 likes

“It is the fate of great achievements, born from a way of life that sets truth before security, to be gobbled up by you and excreted in the form of shit. For centuries great, brave, lonely men have been telling you what to do. Time and again you have corrupted, diminished and demolished their teachings; time and again you have been captivated by their weakest points, taken not the great truth, but some trifling error as your guiding principal. This, little man, is what you have done with Christianity, with the doctrine of sovereign people, with socialism, with everything you touch. Why, you ask, do you do this? I don't believe you really want an answer. When you hear the truth you'll cry bloody murder, or commit it. … You had your choice between soaring to superhuman heights with Nietzsche and sinking into subhuman depths with Hitler. You shouted Heil! Heil! and chose the subhuman. You had the choice between Lenin's truly democratic constitution and Stalin's dictatorship. You chose Stalin's dictatorship. You had your choice between Freud's elucidation of the sexual core of your psychic disorders and his theory of cultural adaptation. You dropped the theory of sexuality and chose his theory of cultural adaptation, which left you hanging in mid-air. You had your choice between Jesus and his majestic simplicity and Paul with his celibacy for priests and life-long compulsory marriage for yourself. You chose the celibacy and compulsory marriage and forgot the simplicity of Jesus' mother, who bore her child for love and love alone. You had your choice between Marx's insight into the productivity of your living labor power, which alone creates the value of commodities and the idea of the state. You forgot the living energy of your labor and chose the idea of the state. In the French Revolution, you had your choice between the cruel Robespierre and the great Danton. You chose cruelty and sent greatness and goodness to the guillotine. In Germany you had your choice between Goring and Himmler on the one hand and Liebknecht, Landau, and Muhsam on the other. You made Himmler your police chief and murdered your great friends. You had your choice between Julius Streicher and Walter Rathenau. You murdered Rathenau. You had your choice between Lodge and Wilson. You murdered Wilson. You had your choice between the cruel Inquisition and Galileo's truth. You tortured and humiliated the great Galileo, from whose inventions you are still benefiting, and now, in the twentieth century, you have brought the methods of the Inquisition to a new flowering. … Every one of your acts of smallness and meanness throws light on the boundless wretchedness of the human animal. 'Why so tragic?' you ask. 'Do you feel responsible for all evil?' With remarks like that you condemn yourself. If, little man among millions, you were to shoulder the barest fraction of your responsibility, the world would be a very different place. Your great friends wouldn't perish, struck down by your smallness.”
― Wilhelm Reich, Listen, Little Man!
tags: celibacy, christianity, corruption, dictatorship, freedom, french-revolution, freud, galileo, hitler, inquisition, jesus, lenin, marriage, marx, nietzsche, responsibility, socialism, stalin, subhuman
78 likes

Polls voted on by Ron