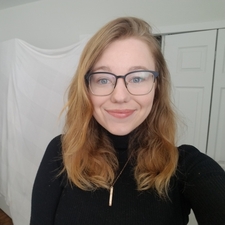 This will prevent Julia from sending you messages, friend request or from viewing your profile. They will not be notified. Comments on discussion boards from them will be hidden by default.
Sign in to Goodreads to learn more about Julia.

Julia is currently reading
The Book of Why: The New Science of Cause and Effect
by Judea Pearl
bookshelves: currently-reading

“I imagined the stairs to the lobby, the pay phones in the dark, the coins against my thumb, his voice. The scramble to think of things to say, with only little reprieves, during which I would have to listen to whatever things he had thought up to say. Then the dial tone again, higher-pitched than in America - it was always there, like the sea inside a shell - and the empty dull feeling in my chest, like now, only worse.
At the same time, it seemed certain to me that someday I would really want to hear his voice and wouldn't be able to, and I would think back to the time that he had invited me to call him, and it would seem as incomprehensible as an invitation to speak to the dead.”
― Elif Batuman, The Idiot
0 likes

Polls voted on by Julia