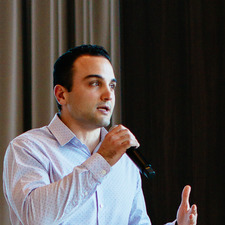 John is currently reading
Letters from a Stoic (Translated with an Introduction and Notes by Richard M. Gummere)
by Seneca
bookshelves: currently-reading

“Dying was nothing and he had no picture of it nor fear of it in his mind. But living was a field of grain blowing in the wind on the side of a hill. Living was a hawk in the sky. Living was an earthen jar of water in the dust of the threshing with the grain flailed out and the chaff blowing. Living was a horse between your legs and a carbine under one leg and a hill and a valley and a stream with trees along it and the far side of the valley and the hills beyond.”
― Ernest Hemingway, For Whom the Bell Tolls
tags: death, dying, ernest-hemingway, for-whom-the-bell-tolls, life, living
144 likes

“The days of my youth, as I look back on them, seem to fly away from me in a flurry of pale repetitive scraps like those morning snow storms of used tissue paper that a train passenger sees whirling in the wake of the observation car.”
― Vladimir Nabokov, Lolita
1 likes

“There is an Eastern fable, told long ago, of a traveller overtaken on a plain by an enraged beast.  Escaping from the beast he gets into a dry well, but sees at the bottom of the well a dragon that has opened its jaws to swallow him.  And the unfortunate man, not daring to climb out lest he should be destroyed by the enraged beast, and not daring to leap to the bottom of the well lest he should be eaten by the dragon, seizes s twig growing in a crack in the well and clings to it.  His hands are growing weaker and he feels he will soon have to resign himself to the destruction that awaits him above or below, but still he clings on.  Then he sees that two mice, a black one and a white one, go regularly round and round the stem of the twig to which he is clinging and gnaw at it.  And soon the twig itself will snap and he will fall into the dragon's jaws.  The traveller sees this and knows that he will inevitably perish; but while still hanging he looks around, sees some drops of honey on the leaves of the twig, reaches them with his tongue and licks them.  So I too clung to the twig of life, knowing that the dragon of death was inevitably awaiting me, ready to tear me to pieces; and I could not understand why I had fallen into such torment.  I tried to lick the honey which formerly consoled me, but the honey no longer gave me pleasure, and the white and black mice of day and night gnawed at the branch by which I hung.  I saw the dragon clearly and the honey no longer tasted sweet.  I only saw the unescapable dragon and the mice, and I could not tear my gaze from them.  and this is not a fable but the real unanswerable truth intelligible to all.”
― Leo Tolstoy, A Confession
1 likes

“After the train started he had stood on the rear platform and watched the station and the water tower grow smaller and smaller and the rails crossed by the ties narrowed toward a point where the station and the water tower stood now minute and tiny in the steady clicking that was taking him away.”
― Ernest Hemingway, For Whom the Bell Tolls
1 likes