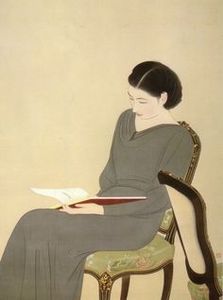 This will prevent Patty from sending you messages, friend request or from viewing your profile. They will not be notified. Comments on discussion boards from them will be hidden by default.
Sign in to Goodreads to learn more about Patty.

Patty is currently reading
We Need to Talk: How to Have Conversations that Matter
by Celeste Headlee (Goodreads Author)
bookshelves: currently-reading

Patty is currently reading
The Woman's Hour: The Great Fight to Win the Vote
by Elaine F. Weiss
bookshelves: currently-reading

See all 27 books that Patty is reading…

“As it turned out, nearly everything strange and disquieting about Trump – his punitive response to even mile criticism, his viscerally personal insults disguised as ‘jokes,’ his willingness to spread wild rumors about his targets in order to discredit or shame them, his inability to stop lashing out or degrading certain women years after they’d left his life – was also a commonly reported behavior of domestic abusers.
Sady Doyle, “The Pathology of Donald Trump”
― Sady Doyle, Nasty Women: Feminism, Resistance, and Revolution in Trump's America
0 likes

“I was made for the library, not the classroom. The classroom was a jail of other people’s interests. The library was open, unending, free.”
― Ta-Nehisi Coates, Between the World and Me
275 likes

“Then, to their surprise, they found before them a high wall which seemed to be made of white china. It was smooth, like the surface of a dish, and higher than their heads.”
― L. Frank Baum, Oz: The Complete Collection
3 likes

“I believe in an America where the separation of church and state is absolute; where no Catholic prelate would tell the President -- should he be Catholic -- how to act, and no Protestant minister would tell his parishioners for whom to vote; where no church or church school is granted any public funds or political preference, and where no man is denied public office merely because his religion differs from the President who might appoint him, or the people who might elect him.”
― John F. Kennedy
6 likes

“I am who I choose to be. I have always been what I chose, though not always what I pleased.”
― Lois McMaster Bujold, Memory
91 likes

Barbara O'Neal
author of: When We Believed in Mermaids


Polls voted on by Patty