note: This topic has been closed to new comments.
24 views
I hate when my students move away. :( 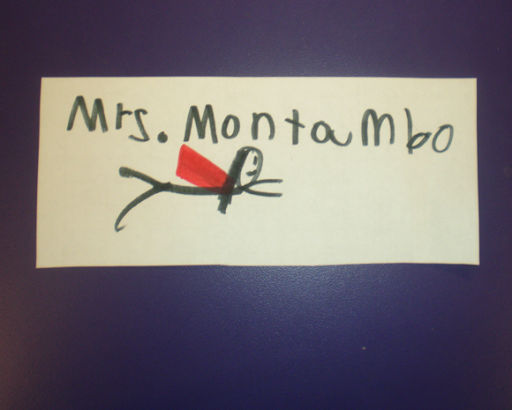 I'm sure moving away from the educational stewardship of Montambo, and Maire is the best for lil Pete

Don't all of your students move away anyhow, when they move up to middle school?

yep, and by the time their in High School thy can hardly remember your name... "Who was the library lady that always had poison ivy?"

I gave him the standard speech:
#1 "Well, we're so lucky that we had you here at Hartley and that we got to know you. Isn't that right, guys (directed at his classmates), aren't we lucky we got to know Peter?" (class says yes)
and
#2 "We'll be thinking of you and hoping to see you again, sometime, won't we guys?" (class says yes)
and
#3 "You're such a friendly guy that your new class is going to love you! You'll make friends in no time."

Then I look at his class and say, "isn't that right? Won't he make new friends so fast?" and they all say yes.

Then Peter tries to look brave and tries not to cry and I change the subject!!! I'm sick of it. It's not like when kids moved when you were a kid. 40-50% mobility at our school by the end of the year!!! It sucks and I hate it.

Sounds to me like you are setting, Pete up for failure. He will arrive at his new home thinking school is going to be great and everyone is going to want to play with the new kid... You live in a strange world Montambo.

The reality is probably a little closer to this:

Pete is going to arrive for his first day with some stupid grin on his face in anticipation of meeting all the new cool kids. His class mates will immediately assume he is retarded. Pete will realize this all too late; he will keep a positive outlook however because he liked, Ms. Montambo, and she wouldn’t lie to him would she… she said everyone was going to want to know me (because he is “so” brave). He will make a few feeble attempts to interact with his new class mates, growing more and more insecure after each failed attempt.

Some girl named, Suzy, Gwen, Tammy, or Beth will zero in on him in his moment of weakness. In the guise of a sweet girl who only wants to hold hands with him after lunch. In his haste for acceptance he will fall for this without a second thought. Not realizing that when he first entered the class she was the one head to head with another girl, pointing and laughing at his stupid grin, and sweaty palms.

Pete is now in high school. Years of torment by his peers has turned him into the only thing worse then a hippie… emo. He bathes irregularly resulting in long greasy hair that falls over milky white pimpled skin. His attire consists of: a used trench coat (usually black, and wrinkled) leather wrist guards with spikes or studs (to cover all his failed suicide attempts) some stupid black t-shirt (probably NOFX, Drop kick Murphy’s or some such) skin tight low rise stretch jean pants (black of course) and some old abused black combat boots.

Pete, will enjoy spending time with other social washouts, partaking in Mexican dirt weed, ecstasy cut with kitchen cleaner, wiki sticks, and sooner or later end up throwing his life away on meth or heroine. To support his various Montambo caused addictions he will probably resort to beating old women as they leave the bingo halls. Too bad for Pete that he didn’t leave your stewardship soon, this probably could have all been avoided.

Tambo, don’t let Nick get you down. Maybe Pete will be like me. I moved around a lot as a kid, and I quickly realized that my teachers were full of it, thus I stoically expected each new school to be worse than the one before – and I was rarely disappointed. So don’t worry, Pete still has a chance to turn out just like me, everybody’s favorite hater.

stop pretending that I am a good writer Amanda.

You'll listen to me one day. I just know it!

What do you mean, Marie? Why am I wrong? I said the kid would be just fine. Are you saying you don't want another Rusty wandering around?

Why do you push me away, Marie? All I want to do is help.

When you want to get real, and talk about the true issue, Marie - I'm here for you.

I'm sure he'll be fine. I'm the one who is going to miss him!