The BotM is Inherit the Stars, here’s the blurb:

The man on the moon was dead. They called him Charlie. He had big eyes, abundant body hair and fairly long nostrils. His skeletal body was found clad in a bright red spacesuit, hidden in a rocky grave. They didn’t know who he was, how he got there, or what had killed him. All they knew was that his corpse was 50,000 years old — and that meant that this man had somehow lived long before he ever could have existed!

From way back in 1978, when the earth was still young. 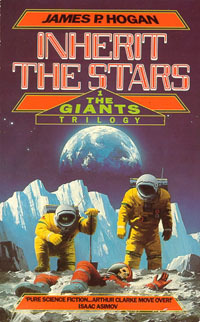 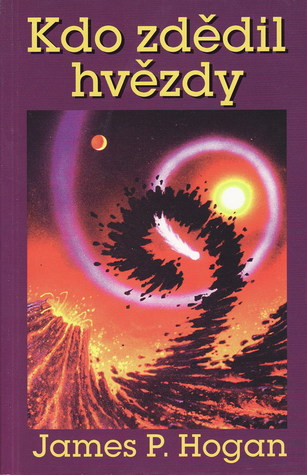 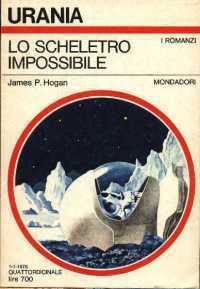 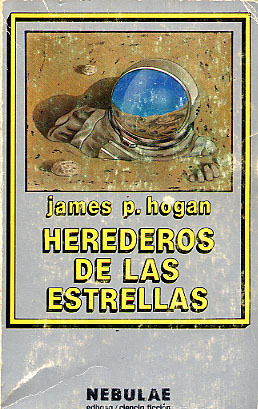 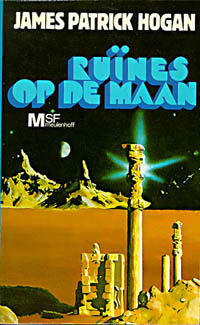 A good choice. As I recall, it reads a lot like a mystery.

The mystery is scientific evidence that doesn't seem to hold together in a single theory. The spacesuited corpse on the Moon looks human and meets all tests of being a product of Earth evolution. But it died 50,000 years ago. There's plenty of evidence of stone-age humans on Earth 50,000 years ago, but not a single hi-tech artifact from that era. The corpse has a map of a world that doesn't look like Earth. There's evidence it must be another planet and there's evidence it can't be further from the Moon than the Earth... And some evidence of non-Earth life, which also suggests there must be more than just Earth and Moon involved...

Tomhl:
Is there anything you'd like to say about Inherit the Stars?
Not everybody will have read / finished the book already, but you can comment if you want. People who don't want "spoilers" don't have to read the comments until they've read the book. If you prefer, you can have a "non-spoilers" and a "spoilers" sections of your comments.
There is also a group poll in which you can rate the book.

Tomhl, tell us non-readers what you thought of it, what parts of it you liked/disliked,and why.

One of the difficulties of the Hard SF subgenre of science fiction, is that as it holds the line on scientific accuracy, it runs the risk of becoming dated as science changes and technology advances. On that count, the book doesn't do too badly. However, if found today, Charlie would immediately be the subject of some DNA tests, and his evolutionary relationship to modern humans established quickly and easily, rather than a lot of rationalizations regarding evolutionary theory and chemical analysis. But that is not the only scientific mystery of the book, and the tests/resolutions were very interesting to me.

For a while I was afraid Hogan was going to repeat his laughable misunderstanding of magnetic resonance imaging, which he demonstrated over and over in his The Genesis Machine. But here he just used an imaging machine named a "Trimagniscope", which is somewhat magical. Really, though, no science is better than bad science.

Additionally, the socio-political events predicted in this book seem more like an alternate history than a future. The book was written 33 years ago, and set 50 years in the future at that time. Hogan's optimistic view that improvements in education and technology would lead to a world with diminished nationalism and rooted in international humanism in the early 21st century, turned out pretty wrong. In fact, that perspective itself has become discredited, as much as I really would like it to be true.

All in all, I did enjoy the unraveling of the science mysteries of the book, and didn't realize there was a series of four sequels. I'll definitely be looking for The Gentle Giants of Ganymede now.

People will insist on reading SF and seeing it as a prophetic indicator of the future,and of course it isn't! I never expect the events to be mirror visions of the time as depicted in the book.

Larry: Of course you are correct regarding sf in general. But hard sf has the additional standard of scientific accuracy, and so it often doesn't age well. In the case of this book, I think Hogan did reasonably well. In the case of The Genesis Machine, his science was wrong the day he wrote it.

Incredibly this book is offered for free download from Baen!

as well as two others of his novels!

Mod
So I finished reading it outside the reading window but I want to say that I've probably enjoyed this book more than the others that the we've read in recent months. In most respects the story holds up well even if the characters are somewhat wooden. The main thing that hurts this story is the lack of DNA testing in it....well, that and somewhat wooden characters.

The only other story item that was somewhat glaring given the current cultural taboo on it was the prevalent smoking in the story. Everyone was lighting up at the slightest provocation, including on spaceships. I think that if I lived in this universe, I would have been a tobacconist. I would have been rich!

STarted this, half heartedly, in September, but did not finish the prologue - sounded too much like a variety of Moon disaster / rescue stories I have read recently, so sent it back to Cyberspace. Restarted today, and of course quickly discovered that it was nothing of the sort, and am 21% into it in one sitting. As David said, it has stood the test of time well but for the smoking - but who would have guessed in the 70s how taboo it would become in public places? The characters seem fine to me.

Finished! About as hard si fi as you can get. I love a detective story & combined with science fiction is perfect! Sure, there is little character development, but instead character types and an abundance of the kind of ungrounded scientific certainty that can delay scientific break throughs. Made me think of a book I read to my children when they were going through their, long, dinosaur phase (fueled by yearly visits to the dinosaur museum in Drumheller, Alberta), "T.rex and the Crater of Doom" about real life "scientific detective work" concerning the Yucatan meteor / asteroid / comet crater complete with all the academic jealousies and theoretical rigidities that I can fully relate to as an academic! The dogmatic theoretician is the bane of academia as far as I am concerned! Let the evidence speak for itself.

As a scientific layperson all the science sounds plausible to me - any holes in it from the 1977 perspective? While DNA per se is not mentioned, there is a commment at location 820-33 kindle (24% of book)that refers to analyzing and using genetic codes in reproductive cells. And I don't think DNA was on the radar in 1977 - found a list of dates that suggests the key breakthrough that allowed DNA profiling came in 1980, here: http://www.crimtrac.gov.au/systems_pr...

Must get my cyber hands on the sequels!

My favourite Hogan work - the others just don't have as much of the science mystery flavour this one has unfortunately.

Baen books has a lot of Hogan as ebooks in multiple formats - just downloaded The Two Moons (includes Inherit the Stars and Gentle Giants of Ganymede) and the Two Worlds (the next two books in the series), $5 and $6, plus two freebies. I'll report what I think of the sequels!

Inherit the Stars (other topics)