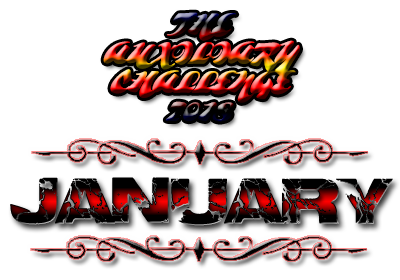 The theme chosen for January in The Auxiliary Challenge was MYTHOLOGY/GODS. Three of the choices tied with equal amount of votes. So, a random book was picked from among them with the help of my fellow Mods Whitney and Kylie.

The winning book is: My Ex From Hell (The Blooming Goddess Trilogy #1) by Tellulah Darling 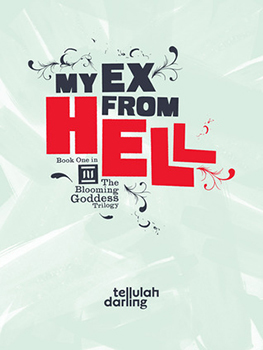 My Ex From Hell

Romeo and Juliet had it easy.

Prior to the Halloween dance, Sophie figures her worst problems involve adolescent theatrics, bitchy teen yoga girls, and being on probation at her boarding school for mouthy behaviour. Then she meets bad boy Kai and gets the kiss that rocks her world.

This breath stealing lip lock reawakens Sophie’s true identity: Persephone, Goddess of Spring. She’s key to saving humanity in the war between the Underworld and Olympus, target numero uno of Hades and Zeus, and totally screwed. All she’s gotta do is master her powers, save the world...

...and stop kissing Kai, Prince of the Underworld.

My Ex From Hell is a YA romantic comedy, Greek mythology smackdown, perfect for everyone who loves sassy girls that kick butt and the bad boys who infuriate them.

Mod
This was freaking great! I immeditately went on to read the other two back to back! It draws you in!

I will admit it kind of gets on your nerves a bit hut it improves. It had it flaws like everything but I was left satisfied. Too bad you didn't like it :(

My Ex From Hell (other topics)