This is really Smokey's thread (from the 'Zon forum) but he hasn't made an appearance yet. Anyway, Smokey, Foe and myself (and anyone else) occasionally need a dark corner to lurk in. All are welcome to contribute......black eyeliner is optional ;-)

The Soft Moon has a new album out next year: Criminal . Yay!

Good stuff Helen, glad you brought this thread onto here and hopefully Smokey will join us. Like that Soft Moon track a lot, reminded me a bit of NIN. Coincidently*, last night I heard a track by a band new to me, Martial Canterel, and thought you might like it, plus it fits in here nicely.

*I thought when I heard it, this could go on Smokey's thread.

Yes, that Soft Moon track is quite NINy.

Really like the music on that Martial C tune, not so keen on his vocals, but will investigate further.

I’ll be reading it, like I did the original but probably not competent to contribute!

Competence is definitely not required, Lez, and any input will be greatly welcome!!

i read too, but i figure most of my 'dark' interests are too dark and too old to have much relevance!

I was following this post on Amazon for a while, but I gave up when I realised that of all the tunes that were posted, practically nothing was what I would call 'dark'.

Maybe it's just me but, isn't stuff like this more in line with the word dark?

Spacepig wrote: "I was following this post on Amazon for a while, but I gave up when I realised that of all the tunes that were posted, practically nothing was what I would call 'dark'.

Know what you mean Spacepig, but I think there's dark and there's dark bordering on sinister. This one may be more up your street, Ben Frost 'Threshold Of Faith'

I enjoyed and followed the thread: "Dark music thread - HTDA, Death Grips, EL-P, Allflaws" but it was more indie and bleeps than 'dark'. Still, long may it continue :)

Only I've just found out that their next album, the 4th of 5 to be released this year, is imminent. Supposed to be either another Jazzy affair like Sketches of Brunswick East...or a heavy psyche stoner album.

Rumour has it that the two final albums for this year will drop almost simultaneously.

Next year the band have promised to re-release the first 4 albums..to appease the growing demand for them, as those records were only ever originally released in small limited numbers.

The last two album actually broke into the UK album charts for the first time, so 2018 should be another excellent year for them! :-)

what if I turn the lights off?

Spacepig wrote: "I was following this post on Amazon for a while, but I gave up when I realised that of all the tunes that were posted, practically nothing was what I would call..."

Well, this thread was originally started by Smokey and I think the music that was posted on it was really geared to his(?) tastes. Smokey hasn't turned up on here so perhaps we can open it up a bit.....? "Dark music" means something different to everyone and covers a whole range of styles/genres.

I find some industrial techno quite dark/heavy. Liking this track at the mo:

Can't remember if I posted this band on the old forum. Not dark, but a bizarre mix of death/prog metal (complete with gutteral vocals), 80s jazz funk and 70s prog.
The Disease by Sound Struggle
https://www.youtube.com/watch?v=jfx1x...

There’s an article in today’s Guardian called ‘Only 17th-century industrial bluegrass will do’ - a selection of readers’ choices of weird records. I’ve not checked them out yet but some look very promising, if not necessarily ‘dark’!

Another track from the forthcoming Soft Moon album Criminal has been released.

Quite liking this darkwave track from sunny California:

This isn't particularly dark (just vaguely dark!), but I'm not sure where else to post it!
A Place To Bury Strangers have a new album out this year. "Pinned" is due to be released on 13th April. Here's a single from it:

Nice one Helen, had a bit of a crap couple of days and this is good one to let off a bit of steam! :-)

Purchased Linea Aspera's 'Linea Aspera' cd on Discogs for a hefty price of £37. I've been listening to quite a bit of Darkwave courtesy of youtube hopping. One in particular, (more goth than darkwave), I thought you might like is from a band called Cabaret Nocturne, the song is called 'Blind Trust' and it's a blinder imo.

Sorry you have had a crap few days, I'm having a really shitty time at the mo too 😢.

Currently listening to new album from The Soft Moon. You might like it, it's quite industrial: https://thesoftmoon.bandcamp.com/albu...

Not heard of Cabaret Nocturne & quite like that track - it's quite dancey. I'll have a look at that compilation, no samples for it on Amazon tho'.

Just thought you might like some of the stuff on this Death#Disco compilation from a few years ago. Think they're v expensive to buy now but Vol 1 is available in full on SoundCloud.

thems foeses and thems melonses need to grow thems a pairs and wo/manses up! be happy killie gnomses likes me!

Thanks Helen for the links, like the Soft Moon sound and currently giving the Death Disco playlist a listen. I notice it has a track by Lebannon Hannover, a band that I only recently discovered and like. Their track, 'Gallowdance' is worth a listen if you haven't already heard it

Really hope things improve for you, If it's any consolation I'm stuck in a shit job working with utter morons, listening to a radio station that plays virtually the same songs every day, (the highlight of my week was when an engineer was repairing a cupboard where the radio was perched on, and he accidently caught the lead, knocking the radio off and smashing it to smithereens, the irony of Gloria Gaynor warbling 'I Will Survive' as it hit the deck, was not lost on me). Probably why I'm listening to a lot of goth/darkwave recently.

Thanks for the virtual hug Suzy, that was nice, as was Tech's LOM impersonation, woo hooses!! :-)

Virtual hug from me too, Nick. Hope things improve. 😀

Ah cheers Lez. :-) To be honest I don't want to come across as a moaner, just got the hump at the moment.

I'll fake another Sick Note for you if you like, Nick? ;o>

That's ok Suzy, can't wait to get to work and listen to a bit of Phil Colins, Paul Young and a very shouty Pink, bliss! :-(

TheFoe wrote: "That's ok Suzy, can't wait to get to work and listen to a bit of Phil Colins, Paul Young and a very shouty Pink, bliss! :-("

It could be worse; think Ed Sheeran, Sam Smith and Miley Cyrus. ;-)

TheFoe wrote: "That's ok Suzy, can't wait to get to work and listen to a bit of Phil Colins, Paul Young and a very shouty Pink, bliss! :-("

Maybe you should embrace the crappy radio and sing along v loudly and out of tune...then perhaps they'll switch it off in the hope of shutting you up!

Thankfully I'm halfway through the shift and the radio still remains in lovely little pieces. Enjoy the silence! 😊

TheFoe wrote: "Thankfully I'm halfway through the shift and the radio still remains in lovely little pieces. Enjoy the silence! 😊" 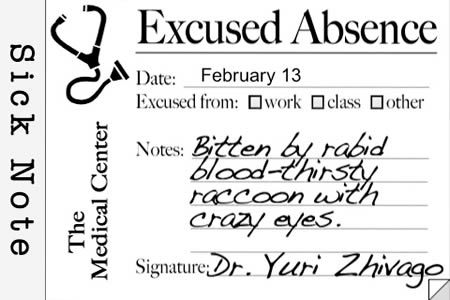 More Soft Moon. A remix of a Boy Harsher track this time: -

Got to admit I prefer the original Helen, though this isn't a bad remix. I started a list about a month ago for a darkwave(ish) cd but been a bit rubbish only got as far as 4 songs, Boy Harsher's 'Pain' was one of the songs on the list. Another one was Forever Grey's 'Lost In A Moment'.

Quite like that one, Foe, but not keen on the female vocals.

Quite like that one, Foe, but not keen on the female vocals."

😁
I'm not averse to ALL female vocals!

Lebanon Hanover have a new album "Let Them Be Alien" out on 3rd April, but can't find it listed on Amazon yet. Here's one of the tracks from it:

I find his vocals at the beginning v comical & can't take them seriously! I actually much prefer HER vocals & it would be much better if she sang the whole thing. Hope the album is just as amusing if he does a lot of the singing.

His vocals are pretty awful but then the song is pretty dull imo which is a shame as I generally like Lebannon Hanover's material.

Listened to this last night, Zanias' 'Follow The Body'. The lead singer is Alison Lewis from Linea Aspera. Reminds me a bit of Curve.

Love the industrial dance music on that one, Foe, but hate the wafty vocals (bet you're not surprised). Would make a great instrumental track! 😀

Give Me A Reason: https://www.youtube.com/watch?v=U9GNq...

Enjoyed that a lot Helen! Is this the only song of theirs you've heard? Will post a song on here soon, struggling to find new decent music at the moment to be honest, keep getting recommended crap from Amazon.

No, I have listened to their album Cine Romance a couple of times. I think I found it a bit of a strange mix, rather hit and miss. Give me a few mins and I'll see if I can find what I said about it at the time............here we go:

"Cine Romance - Selofan
This is rather odd. It starts off with an interesting little darkish electro number and then there are a few tracks of decidedly dodgy dark wave with "try hard" vocals. Then it's onto some experimental, industrial tinged, minimal electro stuff which works a lot better. Weird."

They have a new album out soon so it'll be interesting to see what that's like. "Vitrioli" is released on 13th April: https://selofan.bandcamp.com/album/vi...

I really liked that one too ;o>

I know you are still looking for new music, so here's another synthy darkwave track for you: You & Me & Infinity by Cold Cave.

I know you are still looking for new music, so here's another synthy darkwave track for you: You & Me & Infinity by Cold Cave.

Absolutely! I hope Mr Cold Cave doesn't take himself too seriously. That Selofan track & vid are straight out of the '80s too.