Mod
Name: Rose Weasley
Age:(approx.) 11, I think.
Gender: female
From what book(s): In the Epilogue in the last book of Harry Potter.
Appearance: Um, short, with bushy red hair and brown eyes.
Personality:(keep it brief) Smart and very bookish, competitive, but also nice.
Family: (just their names) Mother: Hermione Weasley, Father: Ron Weasley, Brother: Hugo
Anything else?: Not for Rose, but I'm not sure if this would work if there wasn't a Hogwarts topic...

Mod
Name: Matt Cruse
Age: 16
Gender: Male
From what book(s): The Airborn trilogy Airborn
Appearance: Dirty blond hair that cover his forehead, brown eyes, slim frame, pretty tall. http://hachettechildrensbooks.gwapliv...
Personality: He is kind, excitable and dedicated. He is famous for being "lighter than air" because he is dextrous on an airship, no ear of heights at all. He wants to captain his own ship one day.
Family: Mother and two sisters back home, he barely sees them.
Anything else? Loves a good adventure.

Name: Shadow the Hedgehog (Shadow Robotnik could be his name as well depending on how you look at it)
Age(approx.): 50 (but he's immortal so he's still technically [and always wll be] around 16).
Gender: Male
From what book(s): Sonic the hedgehog Comic
Appearance: 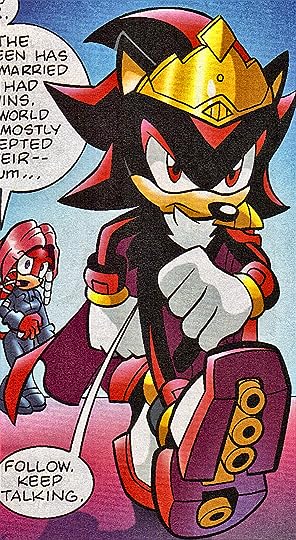 (Normally he wouldn't have the crown or cape)
Personality: Moody, depessive, usually looks really ticked off, but deep down he's really trying to fulfil a promise he made to a friend (at least...that's what he thinks).
Family: Proffesor Gerald Robotnik (deceased)
Maria Robotnik (deceased)
(technically he was created so he doesn't have a family, but those two raised him so I'll count the as family)
Anything else?: Shadow is out to avenge the death of his friend: Maria Robotnik. He also has chaos powers (chaos control, blast, etc.), can run quickly, and if he gets all seven chaos emeralds he goes into a 'super' form and his abilities are strengthened.

Name: Eli Monpress
Age(approx.): early 20's
Gender: Male
From what book(s): Legend of Eli Monrpess (series)
Appearance: Tall, black hair. He;s a thief and can disguise himself if needed. (Has a blonde wig he likes) 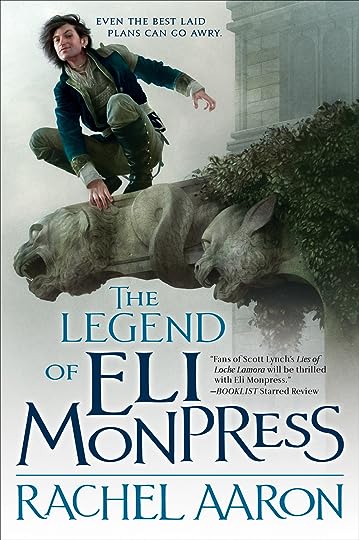 Personality: Cocky, likes going onto seeminly impossible situations, hates bullies. Doesn't give up when he starts.
Family: Bantage (I think that's his father...it hasn't reveled it yet but I think so...)
Anything else?: Can talk to spirits which are in everything, is actually trying to raise the bounty on his head.

(note, I've only read two of the five books, so I don't know everything about him.)

I don't know what character to do!

Mod
Should I do Ash or Angel?

Mod
Wouldn't that be fun? Me Ash, you Puck. Iceboy and Goodfellow. Hahahaha!

Mod
Name: Ash
Gender: male
Age: lots of years he is immortal
What book: Iron Fey
Appearance: pale, dark hair, grey eyes, handsome
Personality: he is cunning and smart, knows his survival skills, logical, cold and calculating
Family: Queen Mag, brothers Sage and Rowan who are also princes
Anything else: he is a prince of the winter court, tir na nog, he loves Meagan

Mod
Name: Artemis Fowl
Age(approx.): 16
Gender: Male
From what book(s): Artemis Fowl series
Appearance: black hair, one blue and one brown eye, very pale skin, tallish
Personality: smug at times, very smart, has a soft side for his family and those he loves, can be a know it all
Family: Angeline, Artemis the First, Myles, and Becket
Anything else?: is best friends with his body guard, Butler, first name is censored information.

Mod
Making another, can't have Artemis without Holly Short! This is going to be a lot of fun!

Name: Holly Short
Age(approx.): 82
Gender: Female
From what book(s): Artemis Fowl series
Appearance: [image error]
Personality:Outgoing, up for a challenge, loves adventure, loves to fly
Family: no more family, all died many years back
Anything else?: she fights with a Neutrino 2000 and flies with a set of mechanical wings.

Mod
That would be really cool.

: )
Name: Grimalkin(Grim)
Age: immortal(he's a farie cat ) : )
Gender:male
From what books: The Iron Fey
Appearance : (When he has one) Grey Farie cat
Personality:very knowledgeable. He is almost always right.
Family:none that I know of.
Anything else:He is a cat. : ) and he tends to disappear in times of danger. And reappears in times of need.

Name: Peter Parker
Age: 17
Gender: male
From what books: Spider-Man marvel comics ( does that count as a book?)
Appearance: https://www.google.com/search?q=image...
Personality: loves science,is super smart, and is shy.
Family: Aunt may, uncle Ben ( was murdered)
Anything Else: he is spider man. He helped curt corners with the formula for cross species genetics and defeated him when he was a mutant lizard. THIS IS THE PETER PARKER FROM THE 2012 AMAZING SPIDER MAN!!!

Mod
How many charries can you have?

Personality:(keep it brief)
Awesome. He loves Fighting. Sarcastic. Funny. He has an arrogant and "world-sized ego".
Family: (just their names)
Germany, Germania, Roman Empire and Holy Roman Empire
Anything else?:

Mod
Can I play as Captain Jack Sparrow even though he is from the Pirates of the Carribean movies? If not thats fine...

Mod
I haven't read it but thanks for the information. I completely understand. Thats why I asked.

Mod
Name: Sophie Newman
Age(approx.): 14
Gender: Female
From what book(s): The Secrets of the Immortal Nicholas Flammel
Appearance: long, blonde hair, blue eyes, tallish, tan skinned
Personality: Protective of her brother, sweet, and outgoing
Family: Josh, Richard, and Sara
Anything else?: She is a master of Fire, Air, Earth, and Water magics, and has a pure silver aura.

Mod
Josh Newman
14
Male
The Secrets of the Immortal Nicholas Flammel
wavy, blonde hair, blue eyes, tall, tan skinned
Very protective of Sophie, sweet, and loves to be on his computer
Sophie (his twin), Richard, and Sara
His powers has just recently been Awakened yet, and he can wield the sword Clarent. Also has a pure gold aura.
Also he is a master of the Elemental Magics.

Mod
Julian
???
Male
The Forbidden Game (series)
toehead, tall, muscular, (don't know everything about him)
Mysterious, he forces people for everything he wants, an evil, immortal being that nobody trusts, very powerful, but not as powerful as his ancestors
???
He is considered a bad guy because he does bad stuff (and because he is evil), but he is actually really nice, cool, and loving. He, sadly, didn't get the love of his life because she wanted someone else, and he died saving her. :(

Name: Kelsie Jenkins
Age(approx.): 16
Gender: Female
From what book(s): The Forbidden Game
Appearance: Long strawberry-blonde hair, blue-green eyes, stands at about 5'7, and occasionaly wears black rimmed glasses.
Personality: Kelsie's really usually very kind, but she can get angry occasionaly. She's usually fairly shy, but likes to meet new people.
Family: Jackson Jenkins (father age; 33) Amanda Jenkins (mother age; 30)
Anything else?: She wants to be adventurous and likes to find any adventure she can. 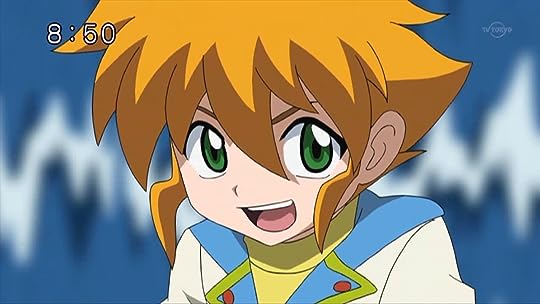 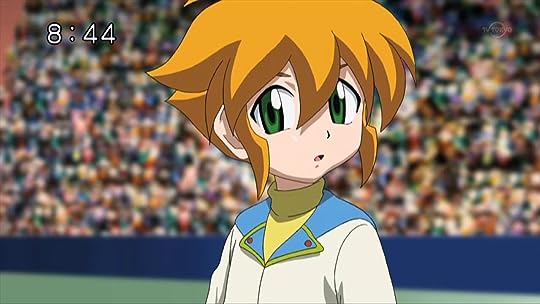 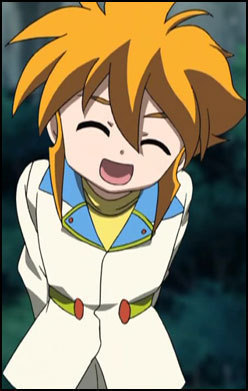 Name:Kylie Galen
Age(approx.):16
Gender:female
From what book(s):shados falls
Appearance: http://thewallmachine.com/files/13257...
Personality:she is very brave and a nery good Person.she will do anything for the ones she loves
Family: mr and mrs.galen
Anything else?: is a supernatural

Name: Timmy Brisby
Age(approx.): 6
Gender: Male
From what book(s): Mrs. Brisby and the Rats of NIMH 2: The Secret of NIMH
Appearance: 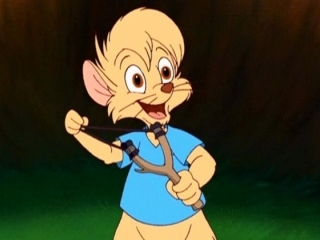 Name: Jace Lightwood
Age (approx.): 18
Gender: male
From what book(s): The Mortal Instruments Series
Appearance: Tall, gorgeous, golden blond hair, strong, muscular, and has white scars all over his body.
Personality: Cocky, stubborn, and has a HUGE ego
Family: Alec, Isabelle, and Max
Anything else?: He's a shadow hunter! 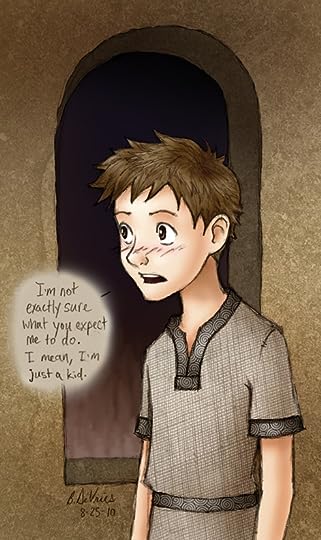 Personality: Loving, protective, has a temper, also has a problem with following orders
Family: Grace (mom), dad, Lizzie, and Boots
Anything else?: He's a rager and the Warrior for the Underland 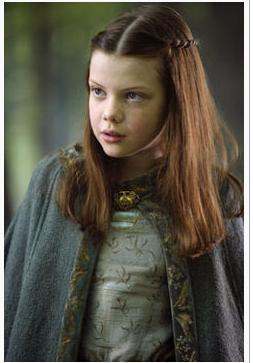 Personality:(keep it brief) happy, kind
Family: (just their names) Peter, Susan, Edmund and Lucy
Anything else?: 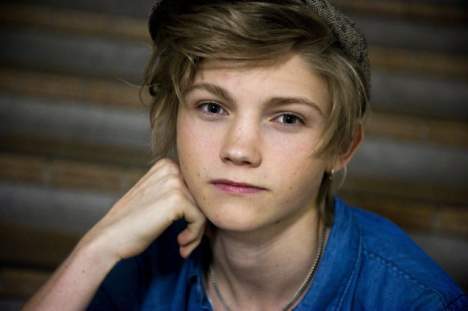 Personality: Brave, reckless, Not very smart, but he is clever
Family:
Dad, he just calls him Da
Mom, just called mom
Sister, Hannah
Anything else?: He has seen things others only dream of seeing. He is Swedish, so don't be surprised if he starts speaking Swedish.
He was given the gift of shapeshifting, by the queen of the Sprites.

Mod
Just had to make her. I'm reading the book right now and it is so good! When I saw Tris in the description of the club, I couldn't help myself. Lol.
Name: Tris Prior
Age(approx.): 16
Gender: Female
From what book(s):

Appearance: piercing blue eyes lined with coal, blond hair loose and wavy, tattoo of three ravens in flight from collar bone towards her heart, becomes more muscular through the initiation process, shoulder tattoo of the Dauntless seal (circle with flames inside), shoulder tattoo of Abnegation symbol (pair of hands, palms up as if to help, bound in a circle), seven fears
Personality: Outgoing, brave, will break rules to save her family.
Family: Andrew (dad), Natalie (mom), and Caleb (brother)
Anything else?: (view spoiler)[Her mom and dad are both dead (hide spoiler)] I put spoilers in in case that if some haven't got to this part in the book.

Appearance: Black hair, green eyes, tall, muscular, adorable in every way.
Personality:(keep it brief)Arrogant and powerful, but funny and friendly. Will do ANYTHING for his friends.
Family: (just their names) Sally Jackson and Paul Blofis
Anything else?: Son of Poseidon xD

Name: Kimberly Logan
Age(approx.): 13
Gender: Female
From what book(s): A character i made up from the divegent/percy jackson series
Appearance: average height, light/dark brown hair, green eyes, freckles
Personality:(keep it brief)humourous, sarcastic, hyper
Family: (just their names)Mother: May Father: Posiden Half-Brother: Percy
Anything else?: Dauntless but spends most of her time at boarding school

Anything else?: I can relate the most to this character.

Name: Nico
(approx.): looks like a young girl but is much older, don't know how old exactly...
Gender: Female
From what book(s): Legend of Eli Monpress series
Appearance: Small, with black hair. Always is weaping a large coat, that helps control the demonseed inseide her.
Personality:Quiet, doesn't really talk much, has a voice inside her head of the Demonseed, tempteing her with more power like she once had, once she goes over the edge it's extremmly hard to come back...
Family: None, although she might concider Josef her family since he saved her when she was dying.
Anything else? She also has manalcles around her arms,legs and neck to distract the demonseed, letting it eat through those before the spirits around her. She can still move around fine, but these help her.

(=This is a girl Nico. I'll make Josef in a minut, and need to add one thing to Nico...

Name: Josef Liechten
Age(approx.):20's
Gender: male
From what book(s): Legend of Eli Monpress
Appearance: Tall, muscular, has a large sword strapped on his back with A LOT of other weapons on him.
Personality:Determined to become the greatest swordsman in the world. Serious most of the time.
Family: IDK about real family...On book 3 and know NOTHING about his past...
Anything else?: Welider of the Heart of War. The greatest awakened sword. No one else but him can even pick it up, the sword won't let them. With it he is nearly unbeatable. 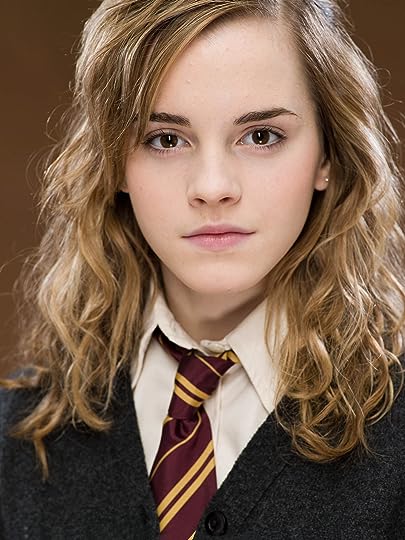 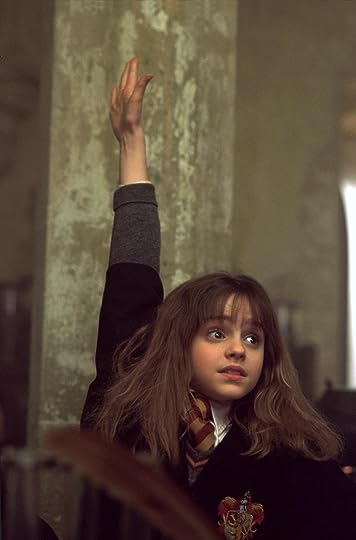 Personality: Extremely smart, outgoing, just like a Gryffindor, and protective
Family: names never mentioned
Anything else?: She's a witch, and this is before the prologue. lol Rose and Hermione, mother and daughter.