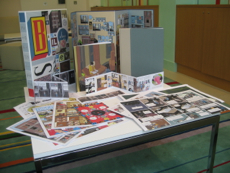 American cartoonist Chris Ware feeds the comics world with acutely emotional, and often dark, storytelling. His alienated characters, including Jimmy Corrigan, the Smartest Kid on Earth and other melancholy folks from The Acme Novelty Library, live in saturated colors and architectural panels bursting with meticulously hand-drawn art. You'll be hard-pressed to find the right shelf to house all of Ware's works, because he's published in all shapes and sizes. His latest graphic work, Building Stories, is no exception. An unhappy woman's quiet Chicago life is revealed in this boxed set containing 14 separate items ranging from pamphlets to bound books that can be read in any order. A devotee of unusual formats, Ware shares his favorite books that come in special packages. 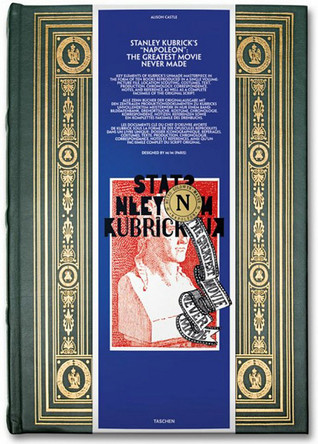 "This huge, cumbersome tome looks at first glance like a foil-stamped faux-leatherette index to Franklin Mint Collectibles but opens into an amazing cored-out volume containing 18 separate smaller books that attempt to document, present, and collate as much preparatory and preproduction material as is affordably publishable of Kubrick's unmade masterpiece (with the rest of it accessible online by means of a digital access key). Perfectly straddling the exact aesthetic edge of sophistication and kitsch that Kubrick himself seemed to naturally and unselfconsciously inhabit, the exhaustive, impeccable dissection/re-creation of his Frankenstein Napoleon reminds us lesser artists how lazy we are, and Taschen's design concomitantly impugns other publishers for not trying harder to find the form that best accommodates the content of whatever project one is attempting to animate. It's a masterpiece of content and of form." 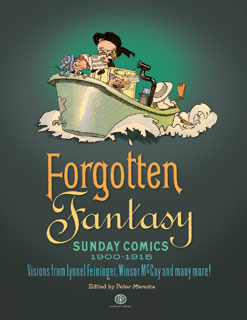 Forgotten Fantasy, Little Nemo in Slumberland, Krazy Kat, et al, edited by Peter Maresca, published by Sunday Press Books
"I love Sunday Press's books. Pete Maresca's company charter is simple: publish original Sunday comics pages from the golden age (c. 1895-1930) at the size and scale at which they were originally intended, restoring all the colors and imperfections so that the eye-encompassing beauty and panoramic vistas of each can once again be experienced. Impeccably designed by Philippe Ghilemetti (except for the one volume, Walt and Skeezix, which I did) they are a pleasure to hold, regard, and try and find a place to store; measuring around 16" x 21" each, many of my friends (myself included) have built special bookshelves to accommodate them. Pete's innovative format ideas inspired Sammy Harkham's Kramer's Ergot and Fantagraphics Books's new Johnny Gruelle book—but buy all of Pete's books first, as I don't want him to go out of business. He's made a dream come true for me and has done more for demonstrating the artistic possibilities for comics than most so-called experimental contemporary cartoonists (again, myself included)." 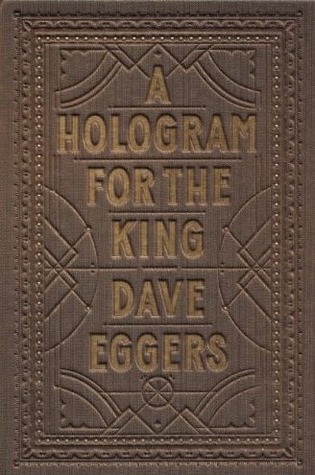 Anything published by McSweeney's, Dave Eggers, Eli Horowitz, Brian McMullen, et al.
"What more need I say? Dave is a generous friend and a visionary (aside from being one of the great writers of our time) and has more or less single-handedly shown over the past 15 years that publishing need not be the domain of the corporate entity but can and should be that of the artist, if not the writer him- or herself. There's nothing wrong with designing a suit of clothes that fits, and that's what McSweeney's has been doing so well from the beginning, from their early books-in-a-box quarterlies to their Panorama newspaper to their shrink-wrapped assortment of seemingly worthless advertising material that's really the contents of a magazine. They continue to be at the forefront of experimental, sophisticated, and artistically sound literary publishing, DVD production, children's books, and essays/criticism, and they always inspire and amaze me." 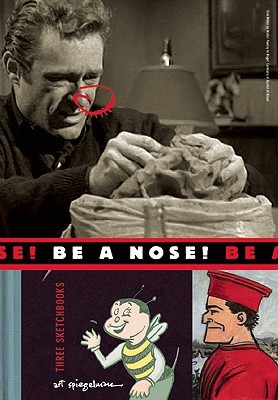 Be a Nose! by Art Spiegelman, published by McSweeney's

"Sort of a cheat, given that I just mentioned the publisher, but I know Art designed the whole thing, and Eli Horowitz and McSweeney's helped realize it through the printer's quotes, so the credit really goes to Art. A facsimile reproduction of Art's sketchbook work dating from three different periods in his life, it gives unprecedented mental access to the cartoonist I hear most saying, 'I can't draw,' yet who clearly has one of the most solid and flexible native cartooning approaches in history. Three different-sized books are all hugged together by a sort of embroidered tennis headband-type thing into a tight treasure, and they should be in every cartoonist's/artist's/writer's and even regular person's home library as an incandescent example of How to Think. (And yes, Art—even How to Draw!)" 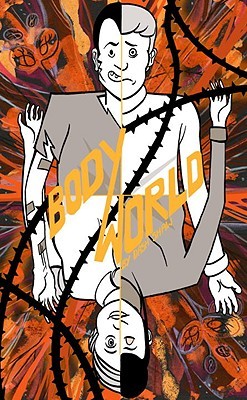 "A sprawling tour de force of the form, Dash Shaw's colorful, synaesthetically energized experiment in comics, drawing, writing, feeling, and storytelling makes physical the vertically aligned futuristic Web comic he drew and posted for years (every chapter of which was originally one long scrolling digital image, but here of necessity is split into tall, uprightly bound pages). It includes foldout guides to settings and characters (a feature that roundly annoyed me because I was planning on doing exactly that myself in my next book but now can't) and is overwhelming and strange enough that I think the word 'mind-blowing' is appropriate to deploy here. A former student of the genius artist-seer-cartoonist Gary Panter, Dash, it's fair to say, is something of a genius as well."

Bonus: Ulysses by James Joyce, Moby Dick by Herman Melville, and Pale Fire by Vladimir Nabokov
Who needs graphic design or format to redesign or reformat the novel? It can also be encoded in the very words themselves, and these are among the most important, colorful, and brain-expanding books ever published, I think. I'd also add in The Pale King by David Foster Wallace, which I'm pretty sure is the first great book of the 21st century, employing the sinister moral beauty of the United States Tax Code to reveal the meaning and purpose of civilization, freedom, and of life itself.

Might I add the Griffin and Sabine books by Nick Bantock?

I immediately thought of Griffin and Sabine!

These books are so intriguing I can't wait to get my hands on them. I am a long time fan of Art Speigelman since before MAUS as he had cartoons in and did covers for publications such as NYC's Village Voice & The New Yorker among others. There was a great extra-large sized compilation of graphic writers who came up the ranks w/ Speigelman like Sue Coe, Gary Panter and others called RAW, though I can't find any partculars. These are books you can't just find (like NAPOLEON); but living in NY enables me use of alot of amazing volumes that you can enjoy in the main branch of the NYPL.

The first books I thought of was the Griffin and Sabine books!

I think. I'd also add in The Pale King by David Foster Wallace, which I'm pretty sure is the first great book of the 21st century, employing the sinister moral beauty of the United States Tax Code to reveal the meaning and purpose of civilization, freedom, and of life itself.