Posted by Goodreads on January 31, 2012
16 likes · 3 comments
The characters in Dan Chaon's new story collection, Stay Awake, are all working through moments of crisis: A man grieves for his deceased wife and finds mysterious notes at every turn. In a series of late-night phone calls, a young man reconnects with his long-lost sister—or so he thinks. A couple struggles to cope with the challenge of their daughter, born with a rare deformity. As with his acclaimed novels You Remind Me of Me and Await Your Reply, Chaon paints an unforgiving portrait of the American Midwest, a place of economic and emotional depression. Still, his characters always feel like real people wrestling with everyday problems. Chaon spoke with Goodreads from his home in suburban Cleveland about his interest in video games, the importance of Middle America in his work, and how awful it is when you say yes to the wrong book. 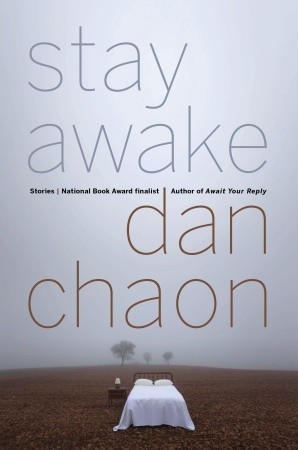 Goodreads: Much of your work explores the idea that identity is something mutable, that you may be able to start a new life but you can never completely outrun who you are. What is it about that idea of identity and how it's formed and reformed that interests you?

Dan Chaon: For one, being adopted puts that concept at the forefront of your mind. I've gone through these weird transitions from being a farm kid and growing up in a family where no one went to college to being at Northwestern, where there are all these pretty, wealthy, polished kids. Then moving into a situation where I was married to somebody Jewish, living in a suburb, and teaching at Oberlin College. So I feel like I've actually gone through a few transformations myself over the years. In a lot of ways I'm exploring that cognitive dissonance.

GR: A feeling of dread stretches through the stories in Stay Awake. A few might even be considered horror or psychological thrillers. "The Bees," for instance, was part of McSweeney's Mammoth Treasury of Thrilling Tales, an anthology of horror and suspense stories. Are you a fan of horror writing, and do you think we'll ever see a book from you that leans in that direction?

DC: It's possible. As I was waiting to talk to you, I was reading bloody-disgusting.com, which is a horror Web site. I actually do spend a lot of time reading horror and watching horror movies. It is part of my mental landscape.

GR: How much of Stay Awake was mapped out from the beginning? There are several recurring motifs in the collection, such as sleep and waking. Is that something that developed organically or did you have that in mind as you were working on the stories?

DC: It developed organically, in that I often obsess over particular images, and the stories were written over the period of ten years. As I was putting them together, I noticed that I repeated this image or that motif. My first instinct was to change it so there wasn't the repetition, and then I thought it would be fun to have this kind of deja vu quality, where certain images or themes repeated themselves from story to story, and it would tie things together. So then when I was putting the collection together, I actually added repetition, so it felt like it was purposeful rather than someone who couldn't think of extra things.

GR: Goodreads member Rob Keane asks, "Do you prefer writing short stories to novels? What kind of literary 'muscles' does each require?"

DC: In some ways I prefer stories because I have a lot of ideas. With a story you can get in and get out. You aren't giving up two or more years of your life to work with the same people. I feel like the rewards of a novel are the kind of long-term time that you spend with the characters and the depth that you can get out of the world. I don't think of it as muscle so much as I think of it as a certain emotional predilection. I think I've said before that being with a novel is sort of like a marriage, and short stories are sort of like dating. Both things are interesting, but getting married is a big commitment. It's always terrible when you realize that you've married the wrong book.

GR: Has that happened to you?

DC: Oh, yeah. It's happened a couple times where I've gotten to a certain point and I'm like, "You know, this is not working out. I think we need to go our separate ways."

GR: Have you been able to reappropriate any of that into your stories or are they dead on the table at that point?

DC: Two of the stories in the book are rescues. The title story and the story "I Wake Up" were both part of novels that failed. I tried to rescue what I could from them.

GR: Goodreads member Emily Heyward asks, "Both You Remind Me of Me and Await Your Reply feel very rooted in the landscape of America, almost as if the country plays a role in the narratives. What do you think your writing says about America today, and what themes are you exploring in this cross-country aspect of your work?"

DC: In terms of what the collection is trying to do with landscape, I am interested in the kind of doomy feeling that has overtaken the country since 9/11 and the economic collapse of 2008. I'm interested in how that has played out, not only in the psyches of the characters, but in the worlds in which they live. I think the most obvious story that does that is "Patrick Lane, Flabbergasted." It's set in Cleveland, sort of postforeclosure. It draws on a lot of the urban meltdown that I've been observing around here. It plays out as a kind of ghost/zombie/Apocalypse landscape. I don't know why The Walking Dead isn't being filmed in Cleveland. It's practically a stage set for it.

GR: Goodreads member Dmcsween says, "You had a really great and spooky book trailer for Await Your Reply. I'd be interested to know if you are going to work on any digital editions of books that are more visual and interactive. Do you ever see yourself writing something that has graphic content, perhaps intended for an electronic device?"

DC: Right now, even as we speak, I'm working on the screenplay for Await Your Reply. I'm trying to figure out how to cut a 185-page first draft, so it's making me kind of crazy right now. It has to be done by the end of the month, so it will get done. One thing I am really interested in is video games. I've thought a lot about how it might be possible to incorporate more literary content into them.

DC: I move from room to room and spend at least a portion of the day procrastinating, eating, watching TV, and playing video games, and another portion working. Usually going up the hill in a novel is the long road, because you're spending a lot of time thinking about things. Then as things begin to gel, you spend more time actually putting words on a page. The percentage of time I spend writing at the computer or in a notebook gets larger and larger as the piece develops.

GR: What authors, books, or ideas have most influenced you?

DC: People that I think about a lot, as a writer, include Raymond Carver, Ray Bradbury, Shirley Jackson, Alice Munro, Nabokov, Cortazar, and Borges. Those are all people who I think have exerted an influence on at least the way I think about short fiction. The books that I really liked that came out in the last year include the new Daniel Woodrell short story collection, The Outlaw Album. The new Joyce Carol Oates—at least it's new for the next five minutes—The Corn Maiden is kind of amazing. It didn't get much play because it's a short story collection that was put out by a pretty small publisher, The Mysterious Press. It's a pretty awesome collection. It's one of her scary ones.

GR: What are you reading right now?

DC: I'm actually reading a book that won't be out until June by Kim Barnes. It's called In the Kingdom of Men, and it's really good.

I'm reading 'Stay Awake' right now - about halfway through and really impressed by the elegance and interconnectedness of these odd little stories. It's like they're connected by mood and theme, but not by specific characters or events. Thanks for these insights. 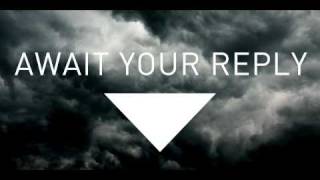