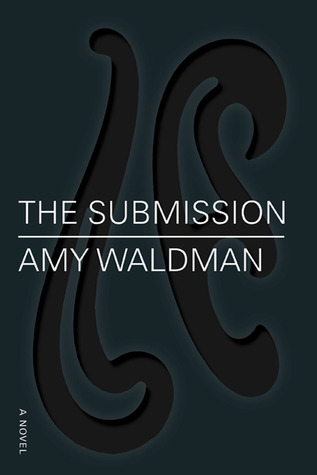 The design of a national landmark is a prickly business. When Maya Lin was selected to design the Vietnam Veterans Memorial in 1981, some objected to the Ohio-born artist's Chinese heritage. This controversy intrigued debut novelist Amy Waldman, and she imagined what would happen if a Muslim architect had won the 9/11 Memorial contest. (The actual contest's winning design finishes construction this month and will be unveiled to commemorate the ten-year anniversary of the World Trade Center attacks.) Waldman's book, The Submission, approaches the emotionally charged subject from multiple perspectives, attempting to represent the diversity of New York City and the breadth of the tragedy's impact. At the center is Mohammed "Mo" Khan, an American architect whose garden design is selected and then villified.

Former reporter Waldman was cochief of the South Asia bureau of The New York Times and a national correspondent for The Atlantic before becoming a full-time novelist. The Brooklyn writer and Yale grad shares images from another garden featured in her novel. 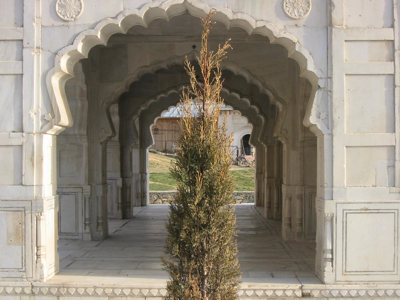 A character in The Submission visits Bagh-e Babur, a garden in Kabul designed circa 1526 by the first Mogul emperor, Babur. Waldman took these photographs during a 2007 visit.
Goodreads: Topics related to 9/11 often pepper the news—including the 2010 controversy over the so-called Ground Zero Mosque. What were the particular challenges of writing a story that, while fictional, closely parallels reality?

Amy Waldman: The challenge is to make your story feel so real that readers can lose themselves in it and forget it's a novel—but also not make it prosaic. I don't want to regurgitate reality so much as refract it. I had already completed a draft of The Submission when the controversy over the plan for a mosque near Ground Zero erupted. I felt prescient—but almost too much so. Parts of the novel that had seemed original or funny suddenly read too much like the newspapers, so I did some rewriting as a result.

Maybe because I am a former reporter, I love absorbing the news, letting it churn, then see something new come out. I can often trace the thread back to something I read or something that happened, but it rarely bears much resemblance to it. That's the fun part of art—the weird, unexpected alchemy that happens in the brain. 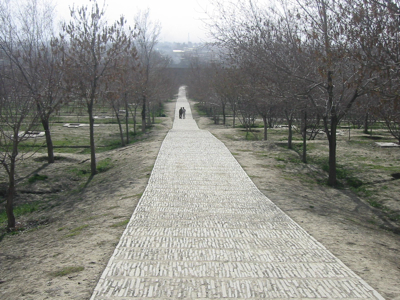 Another vista of Bagh-e Babur.
GR: The Submission includes a diverse cast of characters. Were any of those voices harder to make authentic than others?

AW: All of the characters were challenging for different reasons. I'm not an architect like Mo or an immigrant like Asma. I didn't lose anyone on 9/11. But the character I struggled the most with was Sean, who lost his brother in the attacks and has become an activist. Originally he was a woman named Lucy, so you can see how much he changed! I couldn't figure out exactly who he was, yet I didn't want to force him to be anyone. Finally he just started doing things, and I realized that's who he is—someone who acts on impulse, without forethought, then has to deal with the consequences of his actions. Understanding that gave me great empathy for him even when I didn't like everything he did.

GR: With a successful career in journalism, what inspired you to begin writing fiction? How did your journalistic instincts—and firsthand knowledge of the media and controversy—help to craft this story?

AW: I had vague yearnings to do something more creative long before I started The Submission, but I don't know if I would have attempted a novel if I hadn't had this particular idea. It took root in my head and didn't go away—even though it took three years to find the time to start writing.

I do have a pretty good sense of how the media works from having been a journalist. I wanted to show how the media shape events as much as chronicle them, and I wanted the characters to experience what we all do when there's a public debate: the constant din of news and opinion, some of it illuminating, some of it obfuscating. The Submission is partly a novel about America trying to make sense of Islam in the wake of 9/11. The characters are buffeted, as we all have been, by a barrage of often-contradictory information about Islam in the media. I also wanted to show what it would be like to be at the center of a controversy, trying to match your own experience and sense of who you are with what you read and hear about yourself in the news.

I just had to make contact (please email me at dwaldman@thesystemmd.com) because I:
was born in Brooklyn,
am a Yale graduate [but long before you were born],
am also an author, and
My name is Waldman.